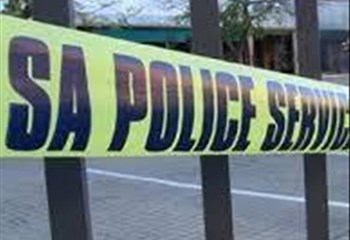 A Bloemfontein police officer has been arrested in connection with the murder of a child and the wounding of his ex-girlfriend’s husband.

This, as an 11-year-old boy was shot dead and the ex-girlfriend’s husband seriously wounded at their home in Batho in Bloemfontein on Friday night. Police spokesperson, Thandi Mbambo, tells OFM News the policeman is a Constable stationed at Bloemspruit Police Station.

She says it is alleged that the man arrived at his ex-girlfriend’s house at about ten o’clock at night, fired shots inside the house with his service pistol and shot the ex-girlfriend's husband in his abdomen.

Mbambo says the eleven-year-old boy who was at the same premises was also hit and declared dead at the scene. She adds that one of the bullets apparently went through the door separating the couple with other tenants and hit the child, who was sitting on the couch watching TV.

She says the suspect was arrested shortly after the incident and his firearm confiscated. He faces charges of murder and attempted murder.

He is soon expected to appear in the Bloemfontein Magistrate’s Court.

Meanwhile, the ex-girlfriend’s husband is receiving treatment at a local hospital.

ER24 spokesperson, Werner Vermaak, has in a statement confirmed that they were last night called to the Batho police station where they found the man with a serious gunshot wound to his abdomen.

Vermaak says the victim was treated on the scene and rushed to hospital and that his wife explained that a gunman entered their home and opened fire at them.

“ER24 paramedics sent an emergency vehicle to their home where they found the lifeless body of the young boy. He had sustained a gunshot wound to his chest,” said Vermaak.