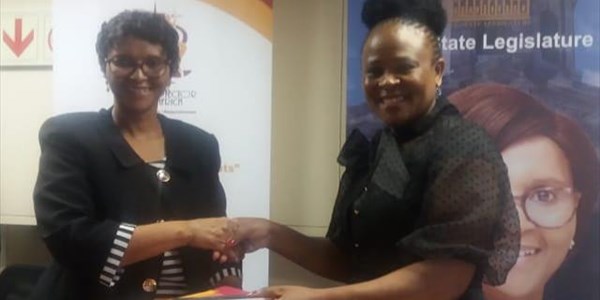 Public Protector, Busisiwe Mkhwebane, says her investigations into the role played by politicians in the controversial Vrede Dairy Project is at an advanced stage and she will soon release the report.

Speaking to OFM News post the signing of the Memorandum of Understanding with the Free State Legislature, where the two bodies vowed to work hand-in-hand in fighting corruption in the spheres of government, Mkhwebane said she completed her interviews with all alleged politicians involved in the case, including those at national level and in the ANC top brass. She says interviews with all intended beneficiaries have also been completed. Mkhwebane previously came under fire for failing to indicate the role played by politicians in her first report, with opposition parties calling it nothing but a whitewash.

The first report completed by her office in 2015 regarding this multimillion-rand project, focused on Treasury and Public Finance Management Act (PMFA) violations. The DA, however, said the report failed to outline the role played by the then premier, who is now the ANC Secretary-General, Ace Magashule, and the former Agriculture MEC, Mosebenzi Zwane, amongst other politicians, nor has the report outlined how anyone would be held accountable for the failed project.

It is alleged that more than R220 million that was earmarked to assist emerging black farmers in Vrede was looted from provincial Agriculture. According to the leaked Gupta emails, about R30 million of this was used to pay for the family’s lavish Sun City wedding in 2013.

Before the National Prosecution Authority (NPA) provisionally withdrawn its case against several Gupta family members and associates in 2018, the Bloemfontein Magistrate’s Court had heard how the Provincial Agriculture Department allegedly paid over R220 million into the Gupta-linked Estina’s Nedbank account, which was thereafter moved to the Bank of Baroda’s pool account.

During Thabethe’s testimony, it was revealed that the Free State Department of Agriculture failed to conduct a proper feasibility study, draw up a proper business plan, or follow proper technical processes before coughing out millions for this project.

It was also revealed that Estina’s account had just over R16 on 4 July 2012, days before the provincial government deposited an amount of R30 million into its account.