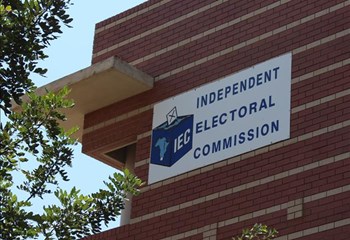 Ten municipal by-elections will take place in the North West on Wednesday, the Electoral Commission of South Africa (IEC) has said.

The by-elections would be contested by one independent candidate and 68 candidates from nine political parties.

In the Moses Kotane municipality, ward 16 would be contested by Japhta Mothusi Raphadu of the African National Congress (ANC) and Godfrey China Modisadife of the Economic Freedom Fighters (EFF).

The ward was previously represented by the ANC, a seat became vacant as a result of the death of the councillor.

Eight political parties and one independent candidate are contesting the Mamusa by-election. Nine by-elections are to be held following the dissolution of the council in October 2019 due to a collapse of services.

In the 2016 municipal election, the ANC won eight wards and the DA won one ward. In total, the ANC had 11 seats out of the 18-seat council. The Forum 4 Service Delivery (F4SD) was the official opposition with three seats, the Economic Freedom Fighters had two seats and the Freedom Front Plus had one seat.

DA provincial leader Joe McGluwa said they wanted to retain ward nine and win a proportional representative (PR) seat. "The first prize we would like to have is to win the ward that we currently have, ward nine, and in addition have one candidate as a PR," he said.

Mbahare Kekana, leader of the F4SD, said they wanted to take control of the municipality and were contesting eight wards. "We only need 13,000 votes to take control of the municipality. In 2016 we contested only five wards out of nine. We ended up with three PR seats. We did not have resources at that time. We had nothing, but we worked very hard, we spent two months sleeping in cars....

"I want to win a ward not a PR, I still commit that I will reward a candidate who can give us a ward with R100 000," Kekana told party members in Schweizer-Reneke on Monday.