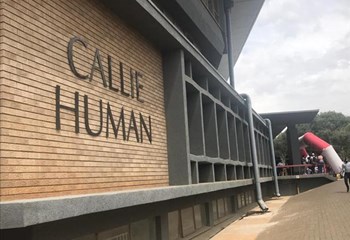 The University of the Free State (UFS) has announced the registration process for first-year students at its Bloemfontein campus will resume on Monday.

This comes after the institution’s management halted registrations on Friday afternoon following unrest initiated by disgruntled students in the morning.

In the statement, the institution says it will continue to engage student leadership on the plethora of issues that are of concern to incoming students. These include students with outstanding fees not being allowed to register, as well as news that NSFAS will not be funding unaccredited off-campus student housing.

Meanwhile, students who have reportedly come as far as Oudsthoorn in the Western Cape and as near as Sterkspruit in the Eastern Cape are now forced to make alternative arrangements and fork out extra money to be back next week when the process resumes, come Monday.

OFM News chatted to a number of students who find themselves in limbo, not knowing if they should go home and return next week. Masentle Mosala’s daughter from Sterkspruit is one of those students. Mosala says “financially this is breaking us. We now have to pay R 340 for a return trip”, and there is no guarantee the situation will have normalised come Monday.

On Thursday an unexplained fire erupted at the President Steyn residence at the above-mentioned campus. While police indicate the cause of the fire is unknown, security personnel on the ground, who have asked to remain anonymous, allege it was disgruntled students who started the fire. This has not been confirmed by the police or the institution.

The EFF Student Command, as well as the South African Students’ Congress (Sasco), both released statements indicating that registration would be halted today and then extended to mid-February due to a plethora of reasons.

There is a large police and private security presence on the scene. The situation remains calm for now.

#UFSShutdown: Registration remains up in the air

#UFSshutdown: Students in limbo as registration is halted