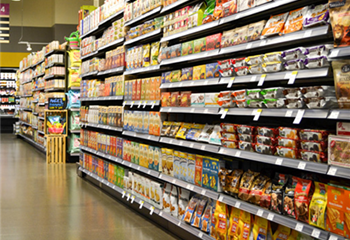 As South Africa prepares for its coronavirus lockdown, shops in Rustenburg in the North West have run out of certain items.

Hundreds of anxious consumers have been rushing to stores countrywide to stock up on food and other items to wait out the 21-day lockdown in their homes.

Workers at Rustenburg retailers told African News Agency (ANA) there was unnecessary bulk-buying taking place as the shops had enough goods in-store and shelves would be restocked on Friday.

Rice, maize meal, milk, tissues, fruits and vegetables were some of the most popular items flying off shelves.

The National African Federated Chamber of Commerce and Industry (NAFCOC) in the North West province called on citizens to obey government-issued regulations during the lockdown.

"We owe it to ourselves to curb the spread of this virus. The chamber calls on all South Africans to obey the rule of law and all measures announced by the government to reduce the spread of Covid-19," said spokesman Tshepang Ramosepele.

"We also reiterate government’s call to not engage in bulk-buying as it will put unnecessary pressure on supply and disadvantage the poor. We urge all communities to report any unfair and exorbitant pricing of essential products, including basic food items."

He said communities must also guard against unscrupulous individuals who were selling "fake" products, such as sanitisers.

President Cyril Ramaphosa announced the lockdown on Monday in a bid to arrest the rapid spread of Covid-19.

Ramosepele said the chamber welcomed the "pro-active" measures announced by Ramaphosa, and various ministers, to support individuals and businesses during the lockdown.

"We applaud private companies who are contributing to the solidarity fund. The lockdown will no doubt have a negative impact on value chains such as agriculture, manufacturing and tourism," he said.

"Whilst the agriculture sector is excluded from the lockdown, the informal traders at taxi ranks and elsewhere who bulk-buy fresh produce will be closed, resulting in unintended consequences. The same applies to restaurants, hotels and fast-food outlets."

Ramosepele said the chamber was awaiting a plan by small business development minister Khumbudzo Ntshavheni on how informal traders would be cushioned during the lockdown.

"The informal trading sector contributes between five to six per cent, or about R100 billion, to the country’s GDP. This is a significant contribution to the economy and they deserve to receive some assistance from government."