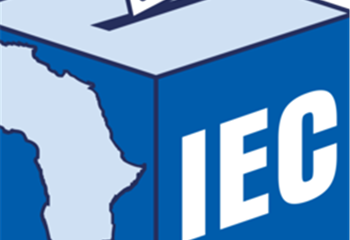 The Constitutional Court ruling that found the South African Electoral Act was unconstitutional is a confirmation of democracy at work.

This is according to political analyst at the North-West University, Sethucego Matebesi. The court ruled today that independent candidates can stand as candidates in national and provincial elections. The court application was brought by an NGO - the New Nation Movement (NNM). Matebesi says the ruling has major implications.

Matebesi said in theory this could work, but the practical obstacles for independent candidates might be a major problem. He says the cost of running elections campaigns and the support needed to just have a seat or representation in parliament could be too much for individuals.

Matebesi says smaller opposition parties and even the DA in parliament – with all its resources – sometimes struggle to take on the ruling ANC. On the other hand, a party needs about 40 000 and more votes to have a seat or representation in parliament.

Meanwhile, the IEC responded to the ruling saying it is ready to assist parliament to review the electoral system and legislation. The court has provided Parliament with 24 months to revise the legislation, and the IEC says it will be ready to provide technical assistance into this process to help enhance the system.

About the Writer:
CATHY DLODLO


I am a news junkie with one foot in Free State, the other in North West and my heart in Northern Cape. I completed my ND Journalism at the Peninsula Technikon many moons ago, specialised in political reporting at the Nordic/SADEC centre of journalism in Zambia and Media Management at the US Business School. Moved up in the industry from being a rookie to news editor (OFM and Volksblad) and Bureau Chief at City Press. Now writing politics and became a coffee snob.