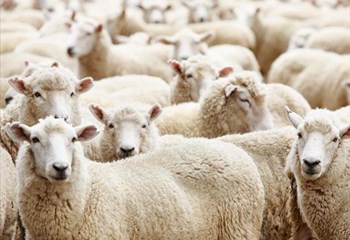 An ANC ward councillor in Ottosdal in the North West has been arrested for possession of suspected stolen livestock.

Police spokesperson, Sabata Mokgwabone told OFM News that a 40-year-old man was arrested yesterday after a follow up was made on information of stolen livestock.

Mokgwabone said two sheep were found at the councillor's residence.

Two other suspects were also arrested for livestock theft in the area.

Mokgwabone also stated that investigations revealed that the two sheep were part of a flock of 34 that was reported stolen in Wolmaranstaad.

The suspects are expected to appear before the Ottosdal Magistrate's Court soon.

Meanwhile, attempts to get a comment from the ANC Interim Provincial Committee failed.