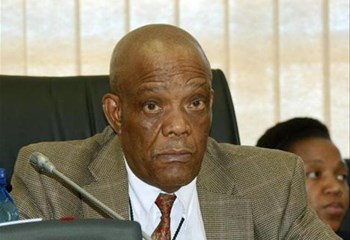 North West Premier, Job Mokgoro/Photo: Facebook
The state of local government and leadership in the North West will on Wednesday come under scrutiny.

This, as several Municipal Speakers and Municipal Public Accounts Committee Chairpersons are expected to account before the provincial legislature during a virtual Provincial Speakers Forum set to be led by the Legislature’s speaker, Susanna Dantjie.

This forum comes just days after the office of the Auditor-General (AG) released a damning report indicating how North West municipalities have failed to produce a single clean audit for the 2018/19 financial year.

The outgoing AG, Kimi Makwetu, in this report further indicated how irregular expenditure by North West municipalities increased from R4.7 billion to R5.4 billion, despite more than 50% of them having been placed under administration.

The AG in his report indicated that non-compliance with Supply Chain Management regulations is a great concern in the province, as it is the main cause of irregular expenditure.

He indicated that the Ngaka Modiri Molema, Rustenburg, and JB Marks Municipalities have been the top three contributors to annual irregular expenditure over the past three years.

Out of 22 municipalities, 13 have been placed under administration due to their financial rut, resulting in failure to provide basic services.

Municipalities in the province have for years drawn controversy over their VBS Mutual Bank Investment.

In the 2018/19 local government report, Makwetu highlighted that municipalities in the province are not only continuing to bear the brunt of their R556.2 investment in the now liquidated VBS Mutual Bank, but that they are incurring high fruitless and wasteful expenditure due to a number of factors - including a lack of accountability and preventative financial controls.