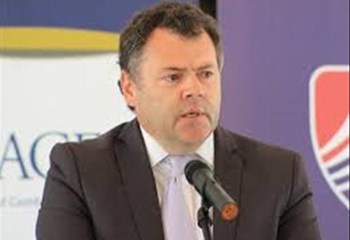 The Free State, North West, and Northern Cape are amongst the five provinces that have the highest number of invoices that were not paid by the government to service providers within the mandatory 30-day period thus far in 2020/21.

This is according to the Public Service Commission’s (PSC) latest bulletin, aptly titled the Pulse of the Public Service, released this week. The bulletin reveals these central South African provinces join the Eastern Cape and Gauteng in that regard, with the former defaulting the most out of the group.

The OFM News team sat down with the Public Service Commissioner in the Free State, Henk Boshoff, who says provincial departments have in the past undertaken to ensure that service providers are paid within a 30-day period, however, as is evidenced by the latest bulletin, this hasn’t been the case.

“We have reported the non-payment of suppliers and service providers to the Public Accounts Committee of the Free State Legislature on numerous occasions and requested them to assist in ensuring these departments comply. The only thing we can do is keep monitoring these departments,” says Boshoff. He laments that the debt to service providers in some instances runs into the millions, crippling those very suppliers. Furthermore, the mounting debt has a negative impact on the province and country’s economy.

According to Boshoff, the response to their concerns as the PSC regarding defaulting payments have been the same over the last five years, with many provincial departments telling the PSC they will pay attention to the issue. He says, however, the fact that some departments, like the health department which offers essential services to the public, remain regular defaulters despite the above-mentioned commitments, is concerning.

While the PSC’s focus has not been on municipalities, Boshoff’s observations can be applied to the situation at municipal level as well.

In early September 2020. Bloem Water imposed water interruptions on three of its clients due to non-payment. At that stage, Bloem Water informed media that they had no other choice because the water board was on the brink of collapse due to the money it is owed for services rendered by Kopanong, Mantsopa, and the Mangaung Metropolitan Municipality. This debt collectively amounts to over R1 billion.

And most recently the country’s power utility, Eskom, announced on Tuesday that it had secured farmland valued at an estimated R2.5 billion as security for debt owed by the Matjhabeng Municipality. “In its ongoing efforts to recover more than R3.4 billion in unpaid debt owed by the Matjhabeng, the municipality has agreed to hand over 139 farms belonging to the municipality as security on the debt,” Eskom said.