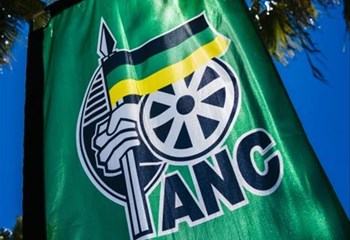 The infighting within the ANC in the North West continues unabated with some of the Troika members, which include mayors, speakers, and chief whips, dragging the party to the Mmabatho High Court.

This after the party’s Interim Provincial Committee (IPC) asked these municipal leaders from numerous districts and local municipalities to set aside and resign from their posts. Some of these officials in the Dr Ruth Segomotsi Mompati district are on Thursday set to address the media to lay bare details around their prompt decision to take the ANC IPC to court.

Officials who have been affected, include those from Mahikeng, Ditsobotla, Macquassi Hills, Matlosana and the Dr Ruth Segomotsi Mompati District Municipalities. Meanwhile, the ANC IPC Kenny Morolong tells OFM News that the ANC in the province takes court issues as a rumour because no-one has furnished the party with court papers yet.

He also confirmed to OFM News that the IPC has received some of the resignations from these Troika members.  He says the ANC decided to recall these members after it had identified the collapse on service delivery, infighting, and municipal leaders relegating their authority to gangsters who he says are now in control of these municipalities.

This decision by the ANC in the province comes merely weeks after the ANC president Cyril Ramaphosa called on party members accused of corruption to resign. The party also asked party local structures to submit the names of those who have been tainted and have the potential to bring the name of the party into disrepute.

Some of these Troika members, who have been affected by this, include amongst others the Matlosana mayor Maetu Kgaile, Speaker Washington Ntozini, Ditsobotla mayor Daniel Buthelezi, and Dr Ruth Segomotsi District executive mayor Boitumelo Mahlangu, speaker Lerato Setlhake, and chief whip Motaung Moseswa.

ANC IPC Coordinator, Hlomani Chauke, in a statement released on 11 September said: ”Even more perturbing for the IPC, is the inability of these municipalities to discharge their constitutional mandate and provide much-needed services to our communities.

These assessments were scientific in approach and informed by, amongst others, the continued regression in the audit outcomes over the past few years as reported by the Auditor-General (AG) Kimi Makwetu”.

He added that the report highlighted a number of instances of non-compliance with the Municipal Financial Management Act (MFMA), mismanagement of the public funds, financial irregularities, and lack of systems of accountability, including consequence management.