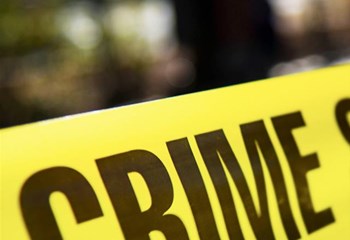 Two more children aged 4 and 8 years old from the Free State town of Tseki have died after their 29-year-old mother allegedly fed them and their three siblings poison on Saturday.

OFM News reported earlier that the mother, identified as Mangale Mabaso, and two of the children from Phamong Village, aged 9 and 6 years old, were declared dead on the scene after ingesting the poison, whilst the three surviving children were taken to a local hospital for urgent medical attention.

Free State Police spokesperson, Motantsi Makhele, has just informed the media, that of the three surviving children, two died in hospital on Saturday evening, mere hours after they were found lying unconscious next to their dead mother and siblings.

This development brings the death toll in the tragic incident to five. Pheello and Teboho Mabaso, aged 9 and 6, were found dead at the scene. Whilst their siblings Mphakiseng and Pule Mabaso, aged 8 and 4, died on Saturday night in hospital. Only a 6-month-old infant has survived the tragedy.

Makhele tells OFM News that the mother of five who, as already mentioned, resides in Phamong Village, left her marital home recently due to challenges encountered in her marriage. She returned to her parents’ home with all five children in tow, which is where the tragic incident occurred. The bodies were discovered by the children’s grandmother on Saturday afternoon, at 15:20 pm.

Tseki police have opened an inquest docket and investigations are currently underway. The exact poison ingested has not been confirmed by Makhele.

In February of 2020, a similar incident was reported in Makgalaneng Village, QwaQwa, also in the Free State. A 31-year-old mother reportedly fed her two children, aged 4 and 7, poison and then thereafter ingested the poison herself. The two children were declared dead on the scene, whilst the 31-year-old woman died later in a hospital located in the Eastern Free State. Elsewhere in the country, in August 2020, a Mpumalanga woman intentionally laced her own food with rat poison committing suicide. Her two children also died from the poison. Police reported at the time that she had not intended for her two children to die as well, and that was deemed accidental.

#BrendinHorner: All eyes on #Senekal court

DA calls for state of disaster in fire-swept FS areas

FS communities to weigh in on new property regulations