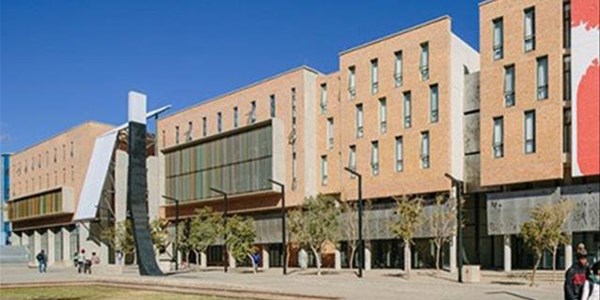 The six-year-old Sol Plaatje University in the Northern Cape still receives approximately 86% of its revenue from government grants.

According to Statistics South Africa (Stats SA), the University of Mpumalanga and Sol Plaatje University (SPU) are the traditional institutions of higher learning that depended the most on government grants in 2019. Stats SA notes that both universities were established in 2014 and are therefore still new.

OFM News’ Olebogeng Motse reports, that while these institutions from a percentage perspective depend on the government more than their established counterparts, this does not mean they cost the government the most from a Rands perspective.

The Universities of Cape Town and the Witwatersrand depend the least on government grants in the country – roughly a third of their revenue comes from the state. However, the value of the money they receive in Rands from the government is significantly higher than that given to the University of Mpumalanga and Sol Plaatje combined. For example, government grants cover 34% of UCT’s overall R6,9 billion revenue. This translates to over R 2,3 billion in funding, double the amount given to Mpumalanga, and almost three times more than the funding allocated to Sol Plaatje by the state.

In 2014, the SPU registered 124 students. In 2020, almost 2,000 students were registered, including 72 postgraduates, an indicator the institution is indeed growing rapidly and will as the years progress, become more self-sustainable.

In mid-2020, Sol Plaatje University (SPU) quietly welcomed Professor Andrew Crouch back to his native province following his stint as Vice-Principal and Deputy Vice-Chancellor responsible for Academics at Wits University in Johannesburg. Crouch, who took over the SPU helm from his predecessor, Yunus Ballim, spoke to OFM News at the top of the year regarding some of his plans to help develop the newly formed university further.

He said the Northern Cape-based institution needed to focus on the scholarship of teaching and learning in part by establishing niche base programmes and building the reputation of said programmes. Having had been Dean of the Science Faculty and Vice-Chancellor responsible for academics at Wits, Crouch is well acquainted with “establishing teaching and learning and entrenching it”.

Ultimately the aim is that Sol Plaatje will become a research-intensive institution, and so one of his five goals is establishing structures for research, in particular, desert studies.

Energy prices collapsed last year amid the shutdowns imposed to contain the Covid-19 pandemic, but 2021 has brought a sharp rebound in demand as the global economy recovered, Gopinath said in an...  Read More

Merck said it is seeking US Food and Drug Administration emergency use authorisation for its experimental antiviral Covid-19 treatment, molnupiravir.  Read More

New Zealand on Monday announced a sweeping "no jab, no job" policy for most healthcare workers and teachers to prevent the spread of Covid-19.  Read More

Andy Murray's online plea, calling for the return of a lost pair of "smelly" shoes and his wedding ring, was answered by the security staff of a Southern California hotel, the tennis star said on...  Read More