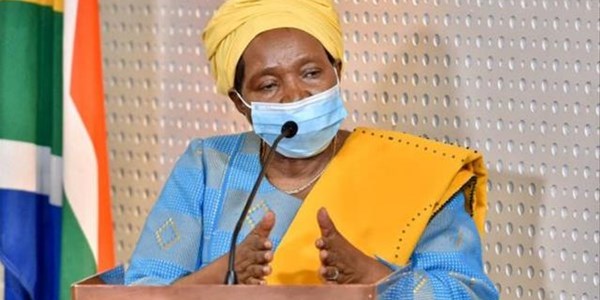 Traffic police will conduct roadblocks across various areas in each province to check if people are carrying liquor during the Easter long weekend.

“People are not allowed to carry alcohol from one place to another as of midnight tonight to midnight on Monday,” she said.

The minister said normal sales would resume on Tuesday.

She pleaded with establishments that have alcohol licences not to provide alcohol for off-site consumption this weekend, further saying that police would closely monitor compliance.

“For the holy weekend there will be no sale of alcohol for off-site consumption. However, it will be sold over the weekend for on-sight consumption until 11pm.

“The government has learnt from December [when we experienced our deadly Covid-19 second wave] that the more people travel, the more the virus tends to spread, especially over festive periods,” she said.

On Tuesday, President Cyril Ramaphosa kept South Africa on lockdown level 1, but announced that off-site liquor sales would be banned for four days “given the role of alcohol in fueling reckless behaviour”.

The president also said that gatherings, including faith based ones, were restricted to a total number of 250 people indoors and 500 outdoors, while attendance at funerals is limited to 100 persons.

“Where the venue is too small to accommodate these numbers with appropriate social distancing, then no more than 50% of the capacity of the venue may be used,” he said.

Meanwhile, Dlamini-Zuma urged citizens, specifically the elderly and those with co-morbidities, to avoid gatherings, if possible.

She further advised congregants not to gather outside their usual places of worship and people must go home and not sleep over after Easter services.

The curfew remains in place and unchanged from midnight until 4am, unless a person has a permit.

The minister has since gazetted the latest regulations. Earlier last month, she also extended the national state of disaster until 15 April.