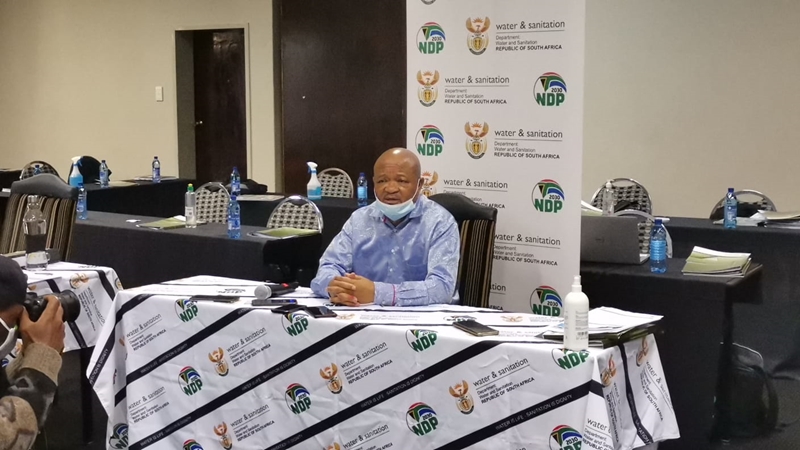 The Deputy Minister of Water and Sanitation, David Mahlobo, expressed his disappointment regarding the state of water, sanitation and infrastructure conditions that people are still subjected to 27 years after the dawn of democracy in South Africa.

Mahlobo was addressing the OFM News team in Welkom on Thursday during his three-day visit to the province where he engaged with heads of water boards, the Cooperative Governance (Cogta), municipal managers and mayors. He promised that the minister will address issues of deteriorating water quality, pit latrines and infrastructure that is in a bad condition.

"We cannot, after 27 years of democracy, still have our people living in inhumane conditions. It's very degrading, it's an embarrassment, and the very clear marching orders that will leave no stone unturned. The issues of bucket [toilets] - nobody should be subjected to that," said Mahlobo.

He further told OFM News that the department and municipalities have a clear mechanism that the minister is going to be assuming full responsibility for. This include going to ground level and working with involved stakeholders. Meanwhile OFM previously reported that Bloemfontein-based Mangaung Metro Municipality, Welkom-based Matjhabeng Local Municipality, alongside the two water boards - Sedibeng Water and Bloem Water - admitted to payment disputes. The two water boards previously came out and publicly criticised municipalities who are struggling to pay their debts, which are running into millions of rands.