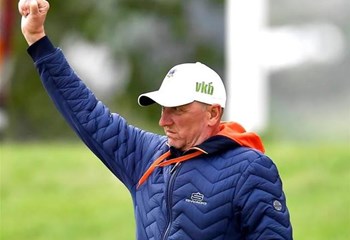 Raynard van Tonder - Morgan Piek
The VKB Knights will be opening their 2020/21 domestic campaign against the Warriors in Bloemfontein.

The Knights have finally started training outside in the nets as they still have a month and a half of preparation left before cricket finally restarts.

While the long wait has been frustrating for all, coach Allan Donald, feels that it has been a blessing in disguise.

Donald told OFM Sport that they have received draft fixtures for the upcoming season.

“We received a draft of fixtures on Tuesday, and our first two games will be against the Warriors and the Dolphins and then the Lions away.

“We will have three home games, and four away. We are looking forward to November for that first game when we take on the Warriors here at the Mangaung Oval.”

The season is set to start during the first week of November.