Renowned international DJ Black Coffee has been nominated for a Grammy.

The DJ and producer, whose real name is Nkosinathi Maphumulo, was nominated in the category Best Dance/Electronic Album for his album Subconsciously, which was released earlier this year.

He is nominated alongside big names like Major Lazer, Marshmello, and Ten City.

Winners will be announced on 31 January.

eNCA previously reported the legendary DJ released his sixth album, the first in five years, a few weeks before his 45th birthday.

As the pandemic hit the pause button on live music performances and pushed many in the gig industry to the brink, the township-born musician-turned-house star was navigating between composing a new album, creating his own streaming music service and philanthropy work. 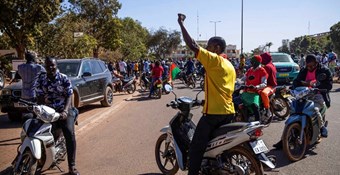