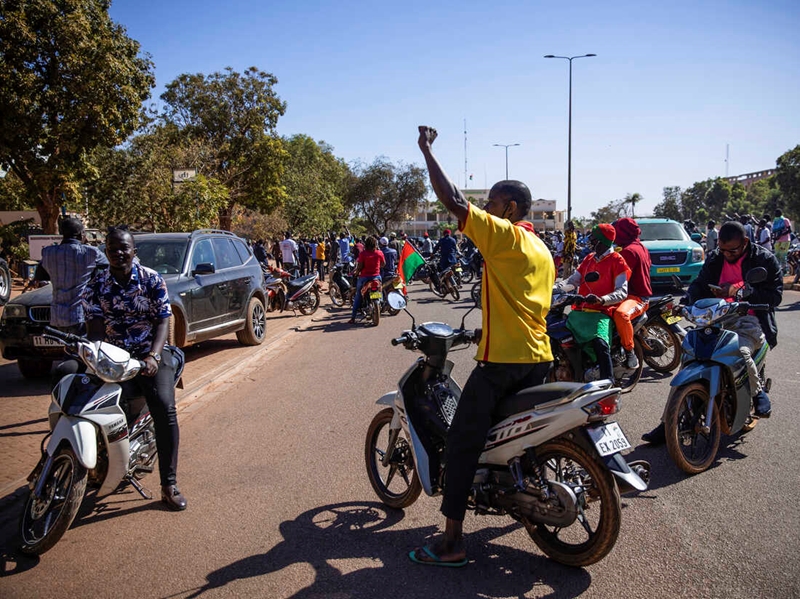 The army’s removal and detention of Burkina Faso President Roch Kabore after two days of unrest have sparked some celebration among anti-government protesters, and international concern.

Late on Monday, a group of soldiers calling themselves the Patriotic Movement for Safeguarding and Restoration, led by Lieutenant Colonel Paul-Henri Sandaogo Damiba, appeared on state television to declare that they were in control of the country. The government and national assembly were dissolved and the constitution suspended, they said, as they also announced an overnight curfew.

The whereabouts of Kabore, who won a second term in the 2020 elections, remain unknown. A military spokesman said the army had seized power “without any physical violence against those arrested, who are being held in a safe place, with respect for their dignity”.

United Nations chief Antonio Guterres said in a statement he “strongly condemns any attempted takeover of government by the force of arms,” calling the events a coup.

“Coup leaders must lay down their arms and ensure the safety of the President and the protection of the country’s institutions,” he said in a Twitter post.

Even before the army’s statement, the Economic Community of West African States' (ECOWAS) regional block and the African Union both condemned what they called an “attempted coup”, saying they held the soldiers responsible for Kabore’s safety.

“ECOWAS is following with great concern the evolution of the political and security situation in Burkina Faso, characterised since Sunday 23 January by an attempted coup d’état,” the organisation said in a statement.

Mahamat called “on the national army and security forces of the country to strictly adhere to their republican vocation, namely the defence of the internal and external security of the country,” a statement said.

The United States said it was “deeply concerned” about developments in Burkina Faso and urged a swift return to civilian rule.

“We condemn these acts and call on those responsible to deescalate the situation, prevent harm to President Kabore and any other members of his government in detention, and return to civilian-led government and constitutional order,” State Department spokesperson Ned Price said in a statement.

“The United States is closely monitoring this fluid situation, and we call for restraint by all actors as we carefully review the events on the ground for any potential impact on our assistance.”