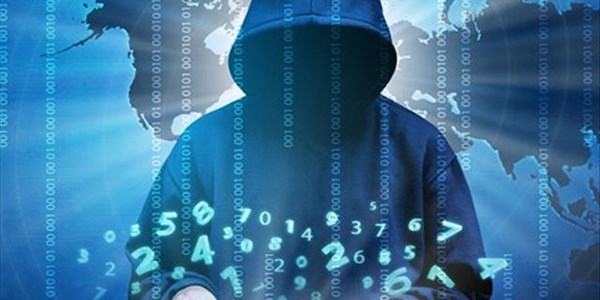 Police in the Free State have urged the community in Bloemfontein to remain calm amid social media stories of alleged abductions of girls and women in Bloemfontein.

Police spokesperson, Sam Makhele, says they are aware of the message but they have not received any reports relating to such incidents.

Messages of alleged abductions and attempted abductions in Willows, Universitas and Mimosa have been shared on Twitter, Facebook and WhatsApp since Monday.

A voice message claiming an abduction syndicate – led by men involved in Forex trading – which has begun operating in Bloemfontein, has also been doing the rounds. 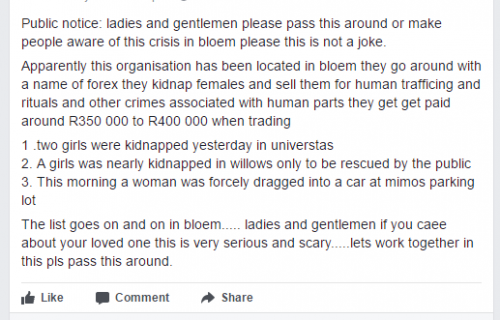 Makhele says the public should verify the authenticity of certain events before sharing messages.

“We would like to put it on record that we have not received any formal complaints from any next of kin or family reporting their loved ones missing. We would like for appeal nevertheless to the people who are spreading these messages to stop doing that. We would like to caution people spreading these rumours that they must be aware that they might face criminal charges for spreading such false messages, especially news about criminal incidents which have not been reported to the SAPS,” he said.

“We are appealing to the community to not panic in this regard and the police are deployed all over and our intelligence community is giving attention to this matter.”

Makhele added the identikits making the rounds have not been published by the SAPS.

“When we circulate an identikit most of the time we will include contact numbers of the investigation officer to be contacted in case people come across such people. In incidents where you get identikits just roaming around without any contact numbers of an investigating officer or a police official, then don’t regard that as genuine.”

The incidents where we saw some identikits being circulated might be cases which were reported in other provinces.

In a statement issued this afternoon, Free State police commissioner, Lebeoana Tsumane, said the messages are “very disturbing and irresponsible”.

“Our intelligence community is working very hard on the ground to trace the originality of these messages and will then operationalise it, and deal with those identified as perpetrators,” he said.

Tsumane reiterated that families of loved ones who are missing are urged to report the incidents at their nearest police stations.

Mimosa Mall also dismissed claims that any abduction incidents occurred around their premises in a statement issued .