Record number of students to graduate at UFS 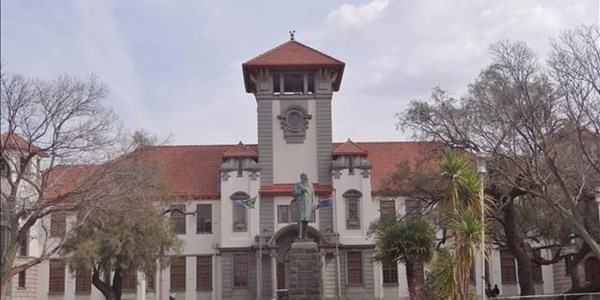 The University of the Free State will see a record number of students graduating this year during the institution’s mid-year ceremonies at the Bloemfontein campus next week.

UFS spokesperson, Lacea Loader, says over 5 000 degrees will be conferred over a period of six days.

“The mid-year graduation ceremonies take place from 19 to 26 June at the Callie Human Centre on the Bloemfontein campus. A total of 5 258 degrees will be conferred during that time. This includes 460 master’s degrees and 72 doctoral degrees. The university has not had such a big graduation ceremony in its recent history so we are quite excited about next week and to receive parents, family members and friends of all our graduates on our campus,” she says.

Loader says it will also be the first ceremonies that newly appointed Vice-Chancellor and Rector, Francis Petersen, attends at the Bloemfontein campus. Students from all of the university’s seven faculties as well as the South Campus will graduate.

The Education, Health Sciences and Law faculties will issue 488, 345 and 686 degrees respectively. A total of 826 degrees will be conferred by the Humanities Faculty while students from the South Campus will receive 354 degrees. Only 29 degrees will be issued by the Theology Faculty.

Other guest speakers include Principal and Chief Executive Officer of the Motheo TVET College in the Free State, Dipiloane Phutsisi, UFS Council member and founder member of the World Society for Paediatric and Congenital Heart Surgery, Susan Vosloo, and Judge of Appeal at the Supreme Court of Appeal, Ian van der Merwe.