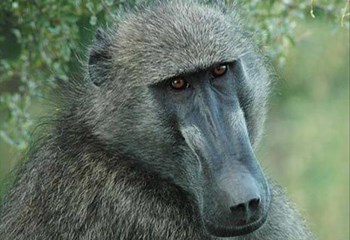 Bloemfontein - No tests were done on the twelve baboons that were handed over to the NSPCA due to ethical issues.

This is according to University of the Free State spokesperson, Lacea Loader.

She says in a statement that the executive of is aware of the recent incident pertaining to the handing over of custodianship of baboons to the Animal Ethics Unit of the National Council of SPCAs.

OFM reported earlier this week that the baboons, which were allegedly going to be used in research, were removed from their natural habitat in Limpopo and transported to the province for biomedical research for which there was no ethical approval.

According to Loader, the baboons were acquired from the Limpopo and Free State provinces with the necessary permits, but without the ethics clearance which had to be granted by the university's Interfaculty Animal Ethics Committee (AEC).

"Due to the fact that the UFS only conducts research on the captive bred colony of baboons - in accordance with international guidelines - custodianship of the sourced baboons was handed over to the NSPCA," explains Loader.

She adds the necessary corrective actions were put in place in terms of the concerned parties who acted outside the Constitution of the AEC.

The SPCA’s Animal Ethics Unit’s Erika Vercuiel says the baboons have since been released and relocated back into nature. She says they will be taking the matter up with nature conservation.

"The wild baboons were traumatised when captured and were also denied their freedom. The Centre for Rehabilitation and Education (CARE) assisted with the caring and safekeeping of the baboons for a period of seven days, pending their release back into the area they had been captured from," adds Vercuiel.

NSPCA to lay charges over live sheep on 'death ship'