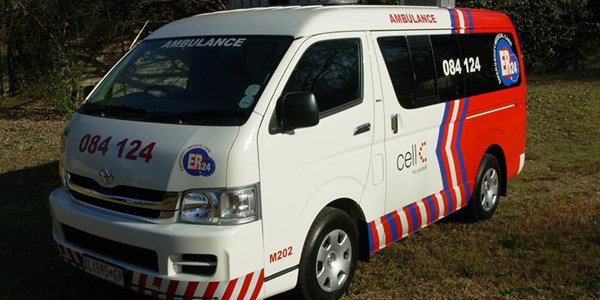 A small explosion occurred while the men were working on the tanker and that set it alight, said ER24 spokesman Russel Meiring.

Paramedics arrived to find the men seated on chairs, surrounded by their colleagues.
"Both men had sustained serious burn wounds to their heads and chests," Meiring said.
They were treated on scene before being transported to the Vincent Pallotti Hospital.
Firefighters were called in to extinguish the blaze.
The cause of the explosion was not known.
Sapa