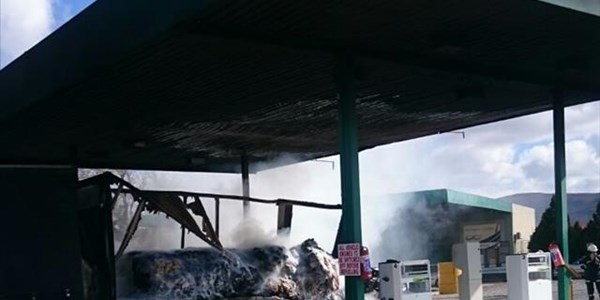 Harrismith - A truck driver and a petrol attendant have escaped unharmed after a truck caught fire at the Tugela Truck Inn on the N3.

Reports from the scene indicate that the truck was being refuelled when it caught fire.

Netcare911 paramedics were on standby at the scene.

Authorities are still at the scene. Pictures and statements supplied by Netcare 911