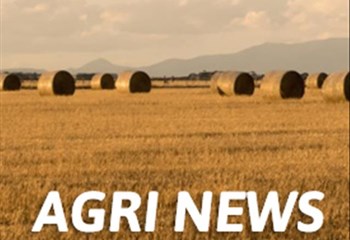 An outbreak of African Swine Fever (ASF) has been reported in the North West Province in the Zeerust area, just outside of the ASF-controlled area of South Africa.

In a statement, Zweli Silangwe, Acting Director of Communications, says this was reported to the World Organisation for Animal Health (OIE) on Wednesday, 10 April. Silangwe says as a result of the outbreak, the farm has been placed under quarantine by the North West Provincial Veterinary Services, who are also doing follow-up investigations and applying disease control measures for this outbreak.

ASF is a severe disease in pigs which can cause pigs to become sick very fast and can result in the death of large numbers of pigs in a very short period of time.

He says ASF does not affect humans in any way, however, the disease is transmitted by contact with infected pigs or warthogs carrying infected ticks from the endemic area. Feeding of infected swill (kitchen waste) can also transmit the disease.

Silangwe added that in order to prevent infection of pigs, farmers are advised to keep pigs in camps that are warthog-proof. He further indicated to farmers that it is critically important to only buy pigs that come from a healthy herd and not to buy pigs of an unknown health status as this disease can be devastating to their herd.

The Department of Agriculture, Forestry, and Fisheries believes the ground-breaking programme, Operation Phakisa: Ocean’s Economy, will create just over 3 000 jobs before the end of the financial year.  The departmental spokesperson, Khaye Nkwanyana, says Operation Phakisa: Ocean’s Economy is focusing on building more skills, particularly among communities living near the ocean.

He says the number of Operation Phakisa projects has increased from 24 to 35 in the last year and most of them are aimed at the women and the youth. Nkwanyana added that these projects have committed to increasing production in the sector from 5 000 to 25 000 tons, create over 3 000 additional jobs, and increase the GDP contribution by over R1 billion per annum in the fishery sector.
He says previously disadvantaged people were excluded from fisheries and they want to make sure they now include everyone to create employment.

Nkwanyana emphasised that In the Northern Cape and  Eastern Cape the department is looking at establishing multispecies hatcheries that will support community-based aquaculture farms, stock enhancement, and skills development.

He concluded that they will supply seed, fingerlings and provide training for the local communities with the primary objective to promote the transformation of the sector and to ensure support for small scale and rural aquaculture enterprises.