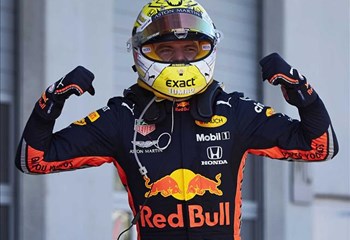 Max Verstappen - Formula 1
The 22-year-old Max Verstappen will target a hat-trick of wins at the Red Bull Circuit in Spielburg on Sunday when the Formula 1 season finally gets underway with the Austrian Grand Prix.

For the Dutch driver, who races for, Red Bull Racing, it will be a home race.

Next week the second event on the revised calendar will also be held in Austria with the Steirmark Grand Prix which will take place on the same circuit.

Apart from one race that Verstappen didn’t complete in Austria, he has never finished lower than the second step on the podium.

The Grand Prix will be closed for fans, and Verstappen says it will be somewhat surreal.

“Of course it is going to be very different without fans, especially because over the last few years in Austria we had so many Dutch fans on the grandstand.

“It is going to feel a little weird, but we will try to make a good show of it, and at the end of the day everyone wants a good result.”

The first Free Practise session will start at 10:55 on Friday morning, the qualifying will take place on Saturday and Sunday’s race starts at 15:05.

Not even a blowout can stop determined Hamilton

White ready to get back on the track