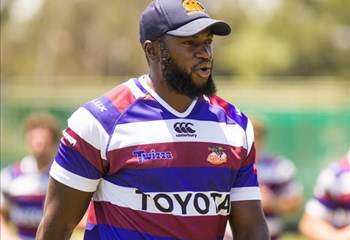 Jamba Ulengo - Morgan Piek
The former Springbok winger, Jamba Ulengo, has gone to the Southern Kings on a trial in order to try and secure a contract.

The player who left the Bulls at the end of last season has been in Bloemfontein where he was training with the Toyota Cheetahs, however, a neck injury ruled him out for a lengthy period.

Ulengo has only just returned to the playing field, and in a warm-up game for the Free State against the Griquas nearly a fortnight ago, he crossed the white-wash for a brace of tries.

Ulengo has no contract with the Cheetahs and is a free agent, which allows him to go wherever he pleases, provided he is welcome at the team he goes to.

The Cheetahs confirmed to OFM Sport that in the event of him not getting a deal at the Kings, he will return to resume his training at the Cheetahs.

The Cheetahs face the Southern Kings next weekend in their final Guinness Pro14 match of the season.

To date, the Cheetahs and Kings have faced off five times in the Pro14, and the side from Bloemfontein leads that head-to-head battle five-nil.

Griquas are itching to return to the field