The former Springbok Sevens player, Jonathan Mokuena, has landed himself a new coaching job following several years in the wilderness.

Mokuena, who has previously coached the North West University in the Varsity Cup and the Leopards in the Currie Cup first division, has been appointed as the new University of Johannesburg coach.

In 2016, Mokuena led the North West to their first and only Varsity Cup title.

Mokuena takes over the reins from Dewey Swartbooi who was in charge of the Orange Army since 2018.

Mokuena told OFM Sport that he looks forward to the challenge.

“It’s a lekker challenge and it will be a very tough few weeks that will be lying ahead for the boys.

“It’s a challenge and that’s what us coaches just love. It’s something that I am really looking forward to.”

Recently, Braam van Straaten was named as the new Central University of Technology Ixias coach, while André Tredoux takes over at the University of the Free State Shimlas.

Mokuena's technical team will be finalised in the coming days. 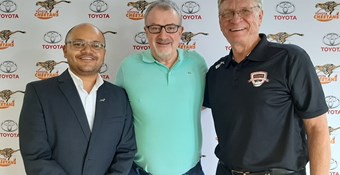