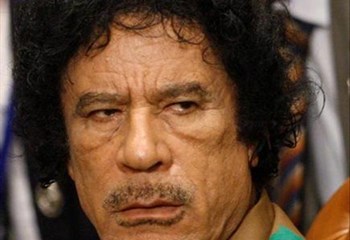 The Sunday Times reports that the money was secretly moved to Eswatini earlier this year from former president Jacob Zuma's Nkandla residence where it had been hidden.

A high-ranking intelligence source told the Sunday Times that its investigations had revealed that the money had been moved in five tranches from Nkandla and transported to Eswatini.

King Mswati III reportedly confirmed the existence of the money to Ramaphosa last week during a meeting at OR Tambo International Airport.

According to the Sunday Times' sources, Zuma travelled to Libya in 2011 with then intelligence minister Siyabonga Cwele, where the delegation offered the Libyan leader safe passage to SA as rebel forces closed in.

In 2013, IOL reported that Zuma told the National Assembly he knew nothing about the billions of dollars of Libyan money that Gaddafi and his family were believed to have stashed in South Africa and neighbouring countries during his 42-year rule. This is after he was approached by officials from the Libyan government.

Soon after Gaddafi's death, the new Libyan government had embarked on a large-scale mission to recover legal and illegal assets in South Africa, the rest of Africa, the US and Europe.

The Good Morning Breakfast : The Money For Nothing Quiz 02 June

The Good Morning Breakfast: The Money For Nothing Quiz 01 June