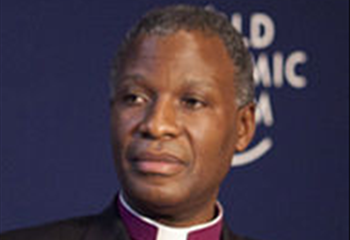 "He too can be replaced – and the events of the past 15 months have shown us that we cannot rely solely on changes in the Presidency to turn our country around."

The prominent church leader was speaking at the Easter Vigil on Saturday evening in Saint George's Cathedral where he said that changing individual leaders was no cure "for all that is wrong with governance in SA today".

Makgoba said the country faced a new struggle with values and institutions rather than personalities.

"We need to build strong systems which cannot be undermined by one person or party's whim. If we want to ensure that government works to improve the lives of all our people, especially those of the poorest of the poor, we have to strengthen our institutions."

He strongly criticised Parliament, saying that barring some exceptions, it "failed abysmally" in its oversight obligations.

"Too often, the behaviour of our Members of Parliament has been disgraceful. I don't exempt any of the major parties from this criticism. All have been guilty on occasion of opportunistic stunts and shameful attacks."

Makgoba said that to the public, Parliament had become a place of spectacle instead of serious debate on laws and policies.

"Moreover, too many members of the governing party hold their leaders to account only when they sense the leader's influence in their own party is ebbing."

He said citizens had to act to reform and renew Parliament running up to elections.

"If we are to build Parliament into a strong institution which holds the executive to account, we should approach the election on May 8 with the aim of transforming the institution."

He suggested that citizens carefully examine the complete list of candidates each party has drawn up.

"Let us as active citizens examine all the names on the lists of all the parties and bring pressure to bear on the parties to re-examine them. Then let us cast our votes, not on the basis of blind party loyalty, but for the group of prospective parliamentarians we believe represents our values best and will act in the interests of the country as a whole."

#CoronavirusSA: Places of worship to open next month