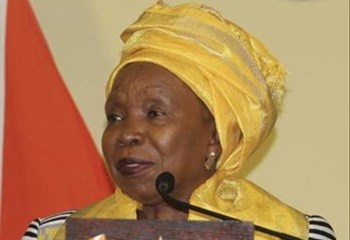 Minister of Cooperative Governance and Traditional Affairs, Nkosazana Dlamini-Zuma, said on Thursday that a new "smart city" was do-able and should be built on the values of a democratic government.

Dlamini-Zuma was reacting to President Cyril Ramaphosa's third State of the Nation Address (SONA) held at Parliament on Thursday.

Ramaphosa said South Africans should imagine a country wherein all enjoy comfort and prosperity and where "a bullet trains passes through Johannesburg as they travel from here [Cape Town] to Musina, and they stop in Buffalo City on their way from eThekwini back here".

"I dream of a South Africa where the first entirely new city built in the democratic era rises, with skyscrapers, schools, universities, hospitals and factories."

Dlamini-Zuma said the country's current cities were built on apartheid spatial planning where people were living far from work, far from the city, living in dormitories and townships.

"The city we build must demonstrate democratic spatial planning, it must also be a smart city and illustrate that we are in the 4th Industrial Revolution."

Dlamini-Zuma said a location for the new city would be discussed at a later stage.

"Through that city a bullet train will pass, so the railway will also pass. For me it's a very good idea, it's a doable idea and many countries build new cities all the time," she said.

Dlamini-Zuma said she was not doubtful looking at the state of current cities and the way in which they were run. She said government would run the city very well and it would built in such a way that it would be easy to run.