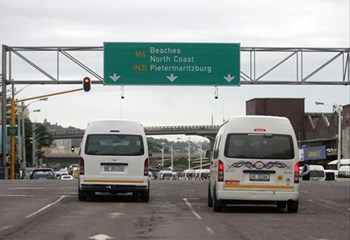 Santaco has ordered its drivers to ignore lockdown regulations and fully load their minibuses. It's not clear if minibus taxis will be loaded to full capacity again on Tuesday.

Santaco met with Mbalula on Monday afternoon. The taxi organisation is not backing down from its demands.

Mbalula has in the meantime asked Santaco to await a decision from the National Command Council.

Santaco spokesperson Thabiso Molelekwa said the minister repeated the sentiments he shared in his press briefing in the meeting.

Molelekwa said Mbalula agreed in principle with the demands of the unions then said he needed further consultation with the NCCC.

"We have not made a decision as Santaco, we are having a meeting with the whole leadership of Santaco where we will then consider the report of the minister and then make a decision on the next course of action, going forward," Molelekwa said.