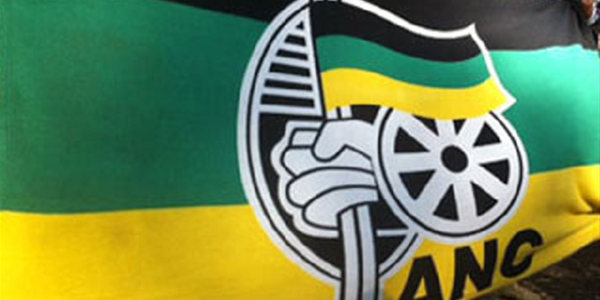 ANC leaders who are facing charges of corruption and others serious crimes, including secretary-general Ace Magashule, will be suspended.

This comes after the party’s national working committee (NWC) last night instructed the secretary-general’s office to write letters to all members who are affected by the new “step-aside” rule.

TimesLIVE reports NWC members said because Magashule was affected by this decision, his deputy Jessie Duarte is expected to draft the letters.

“Those who have been charged with corruption or other serious crimes and who have not stepped aside should be suspended in terms of Rule 25.70 of the ANC constitution,” ANC spokesperson Pule Mabe said regarding the NWC decision.

“The NWC instructed that the necessary letters must be written to the affected members implementing this decision, and outlining the terms and conditions regulating their participation and conduct during the suspension.”

The development is a victory for President Cyril Ramaphosa’s clean-up campaign. He campaigned on an anti-corruption ticket. The decision is expected to spark fierce debate at this weekend’s national executive committee (NEC) meeting starting on Saturday.

Magashule’s backers are expected to mount a pushback at this meeting. However, the decision is expected to be endorsed at the end because the Ramaphosa grouping is in the majority.

The affected members will have to update offices of secretaries in their provinces on their cases monthly and their suspension will be reviewed every six months.

“The affected member must update the relevant secretariat on a monthly basis regarding progress with their case. The decision by a member to step aside will be reviewed by the relevant structure of the organisation every six months,” Mabe said.

Those who want to appeal will be heard by an appeals panel.

TimesLIVE reported this week that the treasurer-general of the ANC, Paul Mashatile, is running against the clock to formulate the appeal processes on the party’s step-aside resolution.

It is expected that several criminally charged ANC members, including Magashule, affected by the party’s step-aside resolution will not vacate their positions voluntarily and would seek to go the appeal route.

Bongo is also said to be heading to the appeals route.

READ THE FULL UNEDITED STATEMENT BELOW:

The National Working Committee (NWC) of the ANC met on May 3 2021. The NWC received reports from the national officials on progress made with the implementation of decisions of the national executive committee (NEC) and prepared for a special NEC meeting from May 8 to 10 2021.

The NWC welcomed a report on the work of the national coronavirus command council (NCCC), led by President Cyril Ramaphosa. The NWC paid tribute to frontline workers, such as medical personnel, police, teachers, other staff members in the public service, workers in the retail sector and other workers who put their lives on the line during the height of the pandemic to keep the country going. The NWC reiterated its concern about the high degree of vaccine imperialism that exists in the world in that more developed countries have tended to hoard vaccine supplies at the expense of lesser developed countries. The NWC called upon all progressive forces to unite behind the call made by SA and India, supported by more than 100 countries, for a temporary waiver of vaccine patents at the World Trade Organisation (WTO) to allow developing nations more speedy and equitable access to the vaccine.

The NWC welcomed the announcement by the president of October 27 2021 as the date which will be proclaimed for the 2021 local government elections. The NWC noted that in the municipal by-elections held on April 21 2021 the ANC retained 10 seats and won two seats from the Democratic Alliance and the Inkatha Freedom Party respectively. The NWC thanked communities for their continued support and confidence in the ANC. The NWC further recommitted the ANC to continue working with the people to address service delivery challenges affecting many communities and commended hard work by ANC structures and volunteers. The NWC called upon all members and supporters to intensify campaigning for the next round of municipal by-elections on May 19 2021 that will be held in 40 wards in the Eastern Cape, Free State, Gauteng, KwaZulu-Natal, Limpopo and Mpumalanga. The NWC called upon all South Africans to register to vote and to check their voter registration details on the IEC [Electoral Commission] website, and also go to their local municipal council offices if their details have changed.

The NWC welcomed and appreciated the ongoing support of Cosatu and especially the renewed support for the forthcoming local government elections in October 2021. It committed the Alliance to work together to develop an election manifesto and wage the campaign vigorously in compliance with Covid-19 regulations. The NWC supported the call by President Ramaphosa during his May Day address for broad agreement on immediate tasks of the alliance and the development of a common platform around these, including:

Commission of inquiry into allegations of state capture

The NWC reiterated the support of the ANC for the work of the judicial commission of inquiry into allegations of state capture and commended the submissions made by the president, comrade Cyril Ramaphosa, and the national chairperson, comrade Gwede Mantashe, at the commission on behalf of the ANC.

The NWC commended the continued progress being made by the National Youth Task Team (NYTT) of the ANC in the rebuilding and revival of a vibrant ANCYL. The NWC will be receiving a comprehensive report on progress with convening an ANCYL national congress. The NWC reaffirmed the principle that members appointed to serve on the NYTT must comply with the provisions of the ANCYL constitution, including the age for membership, and called upon the ANC SGO [secretary-general’s office] to attend to all matters of compliance at all levels of ANCYL structures.

Violence at branch meetings in Mpumalanga

The NWC received a report from a task team, led by Cde Zweli Mkhize, appointed to investigate and deal with incidents of violence and disruption of ANC branch meetings in Mpumalanga. The NWC commended the team for its speedy and intensive engagement with structures in the province. The NWC reiterated its condemnation of violence in any form and agreed that branch meetings should resume, emphasising that organisational processes should not be held to ransom by criminal behaviour.

The NWC noted that an appeal has been lodged against the judgment of the Supreme Court of Appeal that set aside the Free State provincial conference held on May 18 and 19 2018. The NWC reaffirmed its decision that priority must be given to pursuing political solutions that will build a united and vibrant ANC in the Free State. It called for an intensification of the efforts being led by comrade Kgalema Motlanthe to bring about a cohesive and inclusive interim structure in the Free State that will be able to take the province to an elective conference in due course. The NWC agreed to receive a progress report at its next meeting.

The NWC noted that the national general council (NGC), initially scheduled for June 2020, could not proceed due to the Covid-19 pandemic. The NWC emphasised the importance of the organisation reviewing its work and the implementation of its resolutions and policy, in line with the provisions of the ANC constitution. The NWC requested the SGO to prepare a comprehensive report to the NEC making proposals regarding the nature, form and timing of the NGC, taking into account the limitations imposed by the Covid-19 pandemic, the local government elections campaign, and the need to hold a national policy conference before the next national conference in December 2022.

Implementation of resolutions and guidelines on stepping aside

The NWC reaffirmed the decision of the NEC on March 26 to 29 2021 that all members who have been charged with corruption or other serious crimes must step aside within 30 days, failing which they should be suspended in terms of Rule 25.70 of the ANC constitution, which provides that:

The NWC received reports from provinces on members who have been charged with corruption or other serious crimes, the status of their matters, whether the affected members have been informed of the decision of the NEC, and whether they have stepped aside. The NWC also received a report from the national officials, through a team lead by the treasurer general, on proposed terms and conditions regulating the participation and conduct of members during the period that they step aside voluntarily. The affected member must update the relevant secretariat on a monthly basis regarding progress with their case. The decision by a member to step aside will be reviewed by the relevant structure of the organisation every six months. The NWC resolved that the decision of the last NEC, as outlined above, must be implemented. Those who have been charged with corruption or other serious crimes and who have not stepped aside should be suspended in terms of Rule 25.70 of the ANC constitution. The NWC instructed that the necessary letters must be written to the affected members implementing this decision, and outlining the terms and conditions regulating their participation and conduct during the suspension. The NWC noted reports of the integrity Commission and resolved that these reports will be discussed at the special NEC meeting on May 8 to 10 2021. The NWC also received proposals by the national officials regarding the constitution of an appeals panel provided for in the guidelines and procedures adopted by the NEC for those who wish to appeal decisions of the integrity commission.

The NWC congratulated comrade Miguel Diaz-Canel on his election as first secretary of the Communist Party of Cuba and paid tribute to his predecessor comrade Raul Castro. It commended Cuba for its steadfast solidarity with oppressed people the world over. It called upon the [US President Joe] Biden administration to seize this opportunity to engage with the Cuban government, to remove all sanctions, and normalise trade with Cuba. 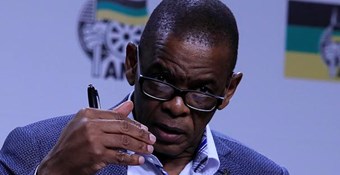 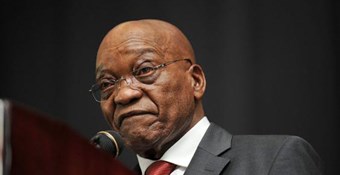