Some people get into the record books by a nose, but Nick Stoeberl got into Guinness World Records by a tongue.

Stoeberl, 22, an artist and comedian from Monterey, California, has been trying to get official recognition for his massive tongue for two years.

Stoeberl picked the right time to get the record. Guinness World Records 2015 Edition -- its 60th collection -- is hitting stores today.

Editor Craig Glenday admits he felt extra pressure to make sure all the world records featured in the big 6-0 edition were truly Guinness-worthy. He thinks he succeeded.

“This is an important landmark edition for Guinness World Records, giving us the opportunity to look back at how records have changed over these six extraordinary decades," he said in a press release. "Of course, we’ve still had to process around 50,000 claims in this past year alone, giving us plenty of new and updated records to choose from… and making it a really difficult task to decide what makes the final cut.”

Some of the weirder world records that made the cut include:

Most Apples Crushed With The Bicep

Linsey Lindberg aka Mama Lou set a world record by crushing eight apples with her bicep. Once an accountant, she now blows up and pops hot water bottles and rips telephone directories in half.
Longest Jump By A Cat

The longest jump by a cat is six feet and was achieved by Alley, owned by Samantha Martin of Austin, Texas.
Largest Electric Guitar

The largest playable guitar in the world measures 43 feet, 7.5 inches tall; 16 feet, 5.5 inches wide' and weighs 2000 pounds. Modeled on a 1967 Gibson Flying V, it was built by students from Conroe Independent School District Academy of Science and Technology, Conroe, Texas, at a cost of $3,000.
Longest Tongue

Nick “The Lick” Stoeberl has the world's longest tongue, measuring 3.97 inches from tip to closed lip. The artist and comedian has always known his tongue was large, and he says, “My dad was a huge KISS fan, and may have wanted me to be a rock star. I may have been the answer to his prayer.” Stoeberl says that the only downside is “that I have to spend longer brushing my tongue in the morning.”
Largest Yo-Yo

The world's largest yo-yo measures 11 feet, 9 inches and weighs 4,620 pounds. Built by Ohio resident Beth Johnson, it took a year and a half to complete, but is fully operational.
Tallest Teenager

Broc Brown, 17, of Jackson, Michigan, stands 7 feet, 1.5 inches tall. Although he can dunk, he’s too big for basketball. He wears size 24 athletic shoes -- bigger than those worn by Shaquille O’Neal.
Largest Afro (Male)

Denmark’s Karsten Maas has taken his love of the game to the extreme with his longest ‘usable’ golf club. Measuring 14 feet, 5 inches long, the colossal club can drive a ball 542 feet, 10.16 inches.
World's Shortest Cat

The world's shortest cat is Lilieput, a nine-year-old female munchkin cat, who measured 5.25 inches from the floor to the shoulders on July 19, 2013. She is owned by Christel Young of Napa, California,
Largest Collection Of Comic Books

Bob Bretall, 52, has been collecting comic books since the age of 8. Now he has more than 94,268 unique comic books as of May 1, 2014. Bretall’s collection weighs an estimated 8.3 tons –- as much as 118 adult men. Bretall has said he will never sell any of his comics, and will “leave that to [his] kids when it becomes their inheritance to do with as they will.”
- Huffingtonpost 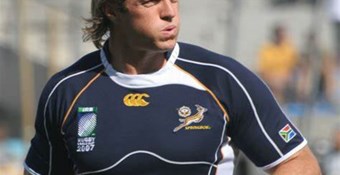 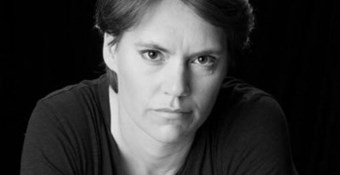 Penny Heyns: "I let kids try on my Olympic medals"