Have you ever struggled to finish a level of Candy Crush or complete a Sudoku puzzle in the evening but breezed through it the following morning? The reason may please anyone who’s been told they spend too much time in bed asleep.

We tend to think of sleep as a period of recuperation, giving us enough down-time to enable our muscles and thought processes to operate effectively. However, sleep can also have an active function. As far back as Aristotle, the fact that we dream has suggested to people that sleep could enhance the mind’s self-communication. And, more recently, there’s been a surge of research into the consequences of sleep as an active process, rather than just a rest.

We now know that sleep has profound implications for lots of human tasks. Sleep improves our memory, and enables us to consolidate new information with the knowledge we already have. Sleep also changes the quality of our stored information. We are more likely to adjust our memories slightly so that they fit better with our previous experiences after sleeping. And we are more likely to avoid misleading background information in making decisions and judgements.

But sleep also has a positive effect on problem solving. It’s common to feel you can gain inspiration for something overnight. You may have even woken up in the middle of the night with the solution to a problem, whether it be trivial or life-changing. These intuitions turn out to be absolutely correct.

My colleagues and I conducted a study in which we gave volunteers a set of problems comprising three words. The task was to discover another word that related to all three: for example: cake, Swiss and cottage (the answer is at the bottom of the article). Half the problems were easy, and half were hard.

Such word problems are only very simple, but can sleep also improve problem solving for more complicated problems, and is this just due to improved memory? A key skill in good decision-making and problem-solving is the ability to adapt the solution for one problem to another related problem.

Here’s a simple example. Solving the problem 8 + 4 = ? requires a similar strategy to solving the problems 5 + 3 = ? and 2 + 7 = ?. Once people realise the connection, it generally seems very obvious. (Consider how difficult it is to not see the similarity between these additions once we’ve learned how to do them.) And yet people are notoriously poor at applying these analogous solutions.

In a more recent study, we asked people to solve two sets of related problems. Those who went to sleep overnight between attempting the two sets of problems fared better than those who tackled them both during the day. Intriguingly, this was not due to how well the participants felt they could remember the problems nor how closely they thought the problems related to one another. Instead, improvement was at a stage involving deep and implicit restructuring of the problem information associated with sleep.

Although they were developed thousands of years later, modern theories of the neurophysiological effects of sleep on the brain are surprisingly consistent with Aristotle’s view of the active role of sleep. A prominent current theory (as portrayed in the Disney-Pixar film Inside Out) is that sleep enables the transfer of information between the hippocampus – the part of the brain that encodes recent experiences – and the neocortex – where longer term experiences are stored. If we can effectively incorporate solutions from past problems into our thinking, we’re better equipped to tackle new problems.

This research gives us some guidance on improving our day-to-day approach to solving problems. If it is a difficult problem, set it aside overnight, and return to it the next day. Even if you’ve already made a complex decision, reappraising it briefly the next day is more likely to result in the best choice you can make. “Sleep on it” is now scientifically supported advice.

(And if you’re still wondering, the answer is “cheese”.)
Via IFLScience 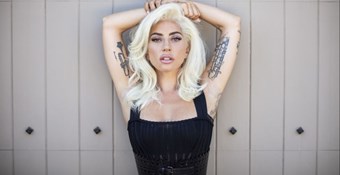 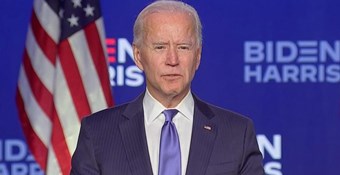