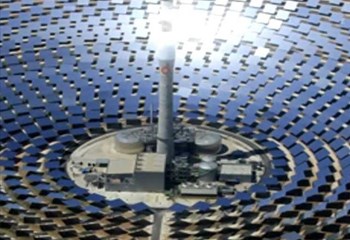 The Kathu Solar Park (KSP) in the Northern Cape was able to create over 1 400 jobs in the area during its construction phase.

SENER regional managing director, Siyabonga Mbanjwa, told OFM News now that the plant has been handed over, permanent jobs will be created. Mbanjwa explained that these jobs will include maintenance at the plant as well as the daily operations of the plant.

According to Mbanjwa, KSP will be adding an additional 100MW to the Eskom grid, providing clean energy to 179 000 more households in the area. This further means that it will prevent the emission of six million tonnes of CO2 into the atmosphere.

This Solar Park, in particular, is extremely unique because it uses concentrated solar power technology. This results in the fact that for five hours after the sun sets, it still manages to generate energy.

He further said the thermal power project has also contributed to the economic development of the region by contracting local suppliers. The plant has also significantly boosted community development in the John Taolo Gaetsewe District Municipality.

OFM News previously reported Mbanjwa further explained that the solar park will connect to the Eskom grid and Eskom will transmit the energy as they see fit. Adding the extra capacity will also mean that households that were previously without electricity, will also now be supplied with energy.

The KSP, which was constructed by SENER and ACCIONA Industrial, came into commercial operation on 30 January 2019. This project is part of the South African Government’s Integrated Resource Programme (IRP) of 2010 and it aims to increase the country’s power generation capacity to 86.8 GW by 2030, of which 24% will be renewable.

About the Writer:
SAZLY HARTZENBERG