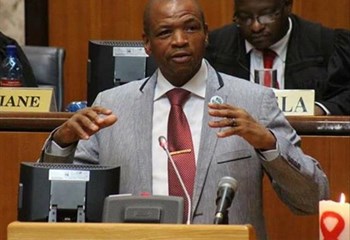 In an interview with OFM News on Tuesday, he says protestors in Mahikeng approached him to confess that they were paid to do so. Mahumapelo indicated before that some of his ANC comrades are allegedly concocting lies about him to discredit him. He reacted to objections registered with the IEC against his inclusion on the ANC party candidates list. Mahumapelo says it’s unfortunate that the ANC has failed to act against this tendency by members to try and assassinate one’s character for political gains.

Earlier Mahumapelo confirmed the IEC’s dismissal of all objections by his detractors to his inclusion on the ANC party candidates list to parliament. In a media briefing on Tuesday, the IEC announced they had dismissed nearly all the objections they had received against candidates nominated by political parties contesting this year’s elections. Mahumapelo says he will continue to push to uncover the names of those who objected to his name and are concocting lies about him.

ANC distances itself from Mahumapelo's remarks

Mahumapelo lays charges after 'attempt to corrupt him'

Tourism sector 'has to be transformed'