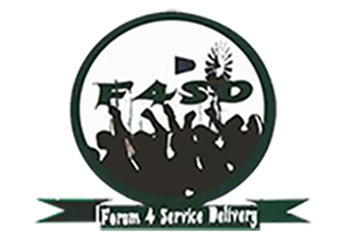 The Forum 4 Service Delivery (F4SD) in the Matlosana area, that includes Klerksdorp, has distanced itself from the burning of infrastructure and looting of foreign-owned shops in that area by irate residents.

This after a message did rounds on WhatsApp encouraging residents to burn infrastructure and loot foreign-owned shops in that area by a group calling itself “Forum For Service Delivery”.

On Monday afternoon, residents of extension 10 went on the rampage looting shops in protest of a lack of service delivery, amongst other reasons. Reports say that foreign nationals have been taken to a place of safety. F4SD president, Mbahare Kekana, has further appealed to residents not be confused by the message sent via WhatsApp, saying the group that sent the message spells its name differently from theirs, without a number 4. He says his organisation is a law-abiding organisation which constantly condemns looting, violence and destroying of properties.

Last week a group of disgruntled residents protested outside the Matlosana Local Municipality offices in Klerksdorp. This followed days after another group from Khuma near the city occupied the municipal offices. Kekana says F4SD believes in the power of 'X' on the ballot paper, where voters will be expected to vote for their political party of choice on 8 May 2019 and not unruly behaviour and ignorance of the law. He says the incident must be investigated and the perpetrators must be arrested. Community media entities also report streets are currently blocked with rocks and burning tyres, despite F4SD president, Kekana, denying knowledge about the planned protest in their name.