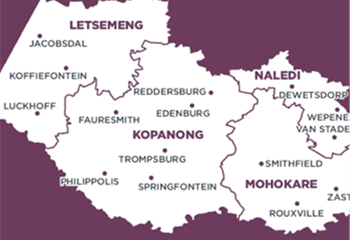 Indications are that the Kopanong Municipal Council in the Free State will extend their embattled municipal manager’s precautionary leave when they meet on Thursday, April 25.

The spokesperson of the Department of Cooperative Governance and Traditional Affairs (Cogta) in the province, Zolile Lobe, says during today’s special sitting, the council will consider Cogta’s legal opinion on the matter and officially look into extending Martin Kubeka’s precautionary leave. Lobe maintains that extending Kubeka’s leave is not a punitive measure, but rather a measure to ensure that the investigation into the maladministration allegations levelled against him are able to continue without disruption.

Meanwhile, disgruntled employees belonging to the South African Municipal Workers' Union (Samwu) are still on strike, nine weeks in. Lobe says the department is hopeful there is an end in sight. “As Cogta our responsibility now is to try to facilitate a dialogue between the municipality and the workers. There has been progress and workers could be returning to work by Friday or Monday,” says Lobe.

Kopanong workers downed tools on February 26, citing non-payment of salaries and third party contributions as the reason. A recent investigation into the municipality by the Pension Funds Adjudicator found that Kopanong has failed to pay R58 million in pension fund contributions over the last six years, leaving many retired employees in limbo.

In March 2019, Cogta MEC, Oupa Khoabane, instituted a Section 106 investigation into the Kopanong Local Municipality, under the Municipal Finance Management Act (MFMA). Cogta head Mokete Duma told OFM News previously the team is there to determine what areas pertaining to local governance in the area require improvement. Duma cautions this investigation should not be compared to a criminal one. “They will also be focusing more on the financial recovery plan. Kopanong is one of the poorest municipalities in the province as it falls under Xhariep, which is a dry area,” and therefore faces drought-like conditions frequently, explains Duma.