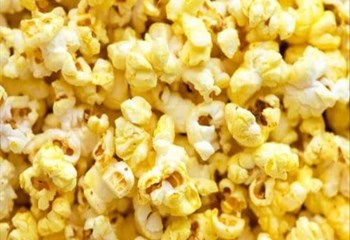 Poisoned popcorn is believed to have caused the death of two pupils at a Mpumalanga school on Monday, The Star newspaper reported.

Another ten pupils are reportedly still fighting for their lives in hospital after eating the poisoned popcorn.

News24 initially reported that three children had died, based on information from the provincial education department. The department confirmed to News24 on Wednesday that two pupils died.

They have been identified as Busisiwe Tiny Mkhatshwa, 10, and Zamokuhle Jacob Maepa, 7, according to The Star.

Mkhatshwa's sister told the publication that she complained of a stomach ache and headache when she returned home from school on Monday afternoon.

Later, foam reportedly came out of her mouth and she vomited blue popcorn and black dots. She was declared dead in hospital.

Grade 1 pupil Maepa reportedly collapsed outside the school and was taken to a nearby clinic where he died.

The provincial Department of Education said in a statement on Monday that "about 10 learners" from the Nelson Ngubeni Primary School at Emalahleni Local Municipality were being treated at Witbank General Hospital.

"The department has already deployed officials to the hospital to be with the learners and parents," spokesperson Jasper Zwane said in a statement.

"The MEC was encouraged by the rate at which the learners are recovering," Zwane said.

The school would also not cook or supply meals to children until an investigation by the Department of Health has been completed, Zwane told News24.

"We feed 900 000 learners in the province - this is the first time children have died of food poisoning."

Zwane said a team, including Majuba, would meet with affected families on Wednesday to determine the way forward.

"The MEC sends his condolences to the parents of the deceased children," Zwane said.

"We will do everything we can to support them."