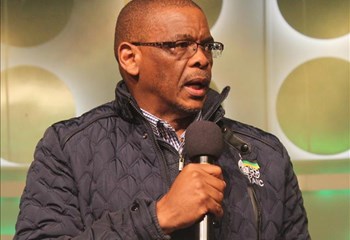 ANC members and residents in the Free State’s Fezile Dabi District Municipality will gather at Loubser Park in Kroonstad for a prayer session and celebration of the former Premier and now ANC Secretary-General, Ace Magashule’s birthday month.

The event this weekend, to be attended by Magashule and other ANC top brass, is expected to see hundreds of residents engaged in service delivery issues experienced in this district. ANC’s Fezile Dabi Regional Secretary, Brutus Mahlaku, says the event, set to kick off on Sunday, will not only see party members coming together in celebration of Magashule’s birthday but will also see leaders from the different churches and community members coming together to pray and discuss issues continuing to plague the region with party leaders. These include the triple challenges of poverty, inequality, and high unemployment.

Mahlaku says although the former Premier turned 60 on 3 November, the region saw it befitting to celebrate his birthday this weekend where members of the community will have an opportunity to engage with him and other ANC leaders.

The region, which includes Magashule’s hometown, is regarded amongst the stronghold of the ANC in the Free State.

Mahlaku tells OFM News that the party will also be handing over school shoes and uniforms to learners from various schools and engaging the youth on challenges they are faced with.