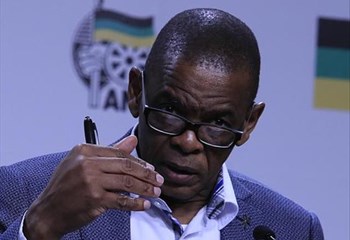 A British investigative NGO says it has found more damning evidence of corruption in the Free State during the premiership of Ace Magashule and is prepared to testify about this evidence before the state capture commission of inquiry.

Some of the new information apparently shows that the Gupta family – members of which are accused of widespread corruption in South Africa – sold computers worth R1.7 million to Magashule’s government for R3.8 million – more than double their worth.

The NGO also claims that Mosebenzi Zwane, former MEC for Agriculture in the Free State, allegedly received benefits worth R500 000 from Gupta companies a month after he signed the 99-year lease with the Guptas for the Estina farm.

Other information relates to the notorious Estina dairy farm at Vrede and shows that the Guptas allegedly imported rusting farm equipment from India for the project.

The investigation was conducted by the NGO Shadow World Investigations, formerly known as Corruption Watch SA, an organisation in which Andrew Feinstein, a former ANC MP, plays a leading role.

Paul Holden, director of Shadow World Investigations, said the new information came from a deeper, forensic examination of leaked emails which have become known as the Gupta leaks. Their investigation includes damning new details about how senior Free State politicians and officials benefited from the Guptas.

Holden said that Shadow World Investigations staff members had made themselves available to testify before the Zondo Commission and were waiting to hear if that would be possible.

Shadow World’s report, which is set to be released today, is also expected to cast new light on state capture in the Free State and how Estina is merely one of scores of attempts by the Gupta to capture the province.

* How the office of Magashule, the former Free State premier and current ANC secretary-general, paid a Gupta front company (Sunbay Limited) massively inflated prices for laptops. Documents uncovered by the investigation apparently show that Sunbay asked R3.8 million for the computers that had only cost the Guptas’ Sahara Computers R1.7 million, clearing a tidy profit of R2 million (114%).

* How the Free State department of health paid almost three times more for mobile medical clinics than what they were worth. Documents sent to Tony Gupta show that a mobile clinic service would cost R352 a patient. Cureva, which would later become Mediosa, however, charged the Free State government R954 a patient.

* It has also previously been reported that at least R500 million was paid by Gupta companies to send Zwane’s gospel choir to India. Shadow World has recommended to the Zondo Commission that Zwane be investigated for alleged contravention of the Prevention and Combatting of Corrupt Activities Act.

* Peter Thabete, head of the Free State department of agriculture, relied on the Guptas’ Indian company for the costs of his “research trip” to visit Paras Dairy, Estina’s Indian partner. Thabete was accompanied by Ashok Narayan, reportedly a Gupta business associate. Thabete said in his state capture testimony that he had not known Narayan before the trip. However, Holden said the Guptaleaks communications show that Narayan invited Thabete to Durban to attend the SA-India “friendship celebrations” long before they travelled to India together.

The new information came two weeks after Hermione Cronje, head of the national prosecuting authority’s investigative directorate, said their investigations had revealed where the millions for Estina came from, who was involved and how the money was taken out of the country. Charges are currently being formulated.

Sekgopi Malebo, a former MEC of Public Works in the Free State, last week told City Press’ sister publication Rapport that there were high hopes that Magashule and his faction would be prosecuted for “all the misdeeds we have read, heard and learnt about over the past 10 years”.

He said the investigators and prosecutors were not in a hurry and that this was a good thing because people would be unhappy if charges were dropped.

Magashule was approached for comment through ANC spokesperson, Dakota Legoete, but he did not reply.

Eskom standing in line with other Tegeta creditors

Pierneef case before the court once more