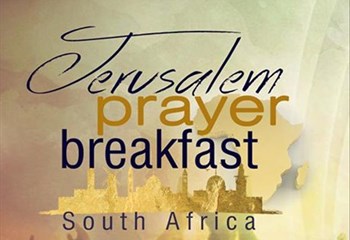 Three more Bloemfontein churches have been affected by the coronavirus outbreak and request members to be screened today.

Two churches - the Global Reconciliation Church and the Eagle Christian Church Restoration Centre - are located in the Bloemanda township. Whilst the third church, Word to the World Ministry, under Pastor Andile Somtseu, is located near Makro in Bloemfontein.

The latter of the two churches in Bloemanda mentions in a social media post that one of the attendees of a prayer meeting on 16 March, coincidentally to pray for the pandemic, has since tested positive for Covid-19. Thus urging all attendees of the service to come to the church a day before the lockdown to get tested.

The Global Reconciliation Church, on the other hand, identifies their ground zero patient as senior pastor Mohau Rammile. The pastor attended the two-day Jerusalem Prayer Breakfast at Divine Restoration Church.

As has already been reported, internationals from Israel, the United States of America (USA), and France, the majority of whom came to the country to attend the church gathering, later tested positive for the novel coronavirus, effectively becoming the Free State’s first set of cases.

The prayer breakfast was held mere days before the declaration of a state of disaster by President Cyril Ramaphosa on 15 March 2020. Health Minister, Zweli Mkhize has expressed his concern over the challenges faced in tracing attendees of this initial church service especially when considering the sheer volume of people that could be affected.

The estimated 400 guests who are believed to have encountered the internationals, include well-known writer and evangelist, Angus Buchan, and leader of the African Christian Democratic Party (ACDP), Kenneth Meshoe – the latter of whom attended a parliament sitting mere days later, where President Cyril Ramaphosa was present. Buchan and his wife tested positive. Meshoe has told OFM News he will receive his results on Thursday.

The churches have alerted the National Institute of Communicable Diseases (NICD) and the Free State Health Department who will be leading screening and testing on Thursday.

Rugby completes contingency planning to save the sport