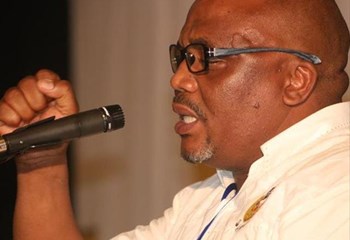 Thursday marks the first of a 14-day window in which the Moqhaka Municipal Council must elect a new mayor, following the unforeseen death of Lucky Phooko at the start of the week.

Leader of the DA in the Moqhaka Caucus, David Nzunga, tells OFM News that a special council sitting was held in Kroonstad on Wednesday, where Phooko’s death was formally announced via a roll call and a vacancy in the council was declared as a result.

The Member of the Mayoral Committee (MMC) responsible for Finance, Rachere Moletsane, is this Free State municipality’s acting Mayor. According to Nzunga, a by-election will not take place following Phooko’s death, as many may have incorrectly expected. He explains why.

Nzunga says the deceased was a proportional representation councillor and not an elected ward councillor. He says this means there won’t be by-elections, instead “there will be a replacement from his political party”.

Proportional representation councillors are chosen based on the number of votes a political party gets in a local government election, they are not elected individually per se. It is expected that in the next ordinary council sitting, the Moqhaka council will elect their new leader.

On Thursday morning, a memorial service was held at the Allen Raubenbach Hall in Kroonstad honouring 49-year-old Phooko’s life and contributions.

According to Moqhaka's spokesperson, Dika Kheswa, Phooko died en route to a Pax clinic located in his native town of Viljoenskroon, as his condition deteriorated on Monday morning.

Details regarding his burial are yet to be confirmed, with family reportedly still reeling from the shock. Kheswa has requested the public to give Phooko’s family time to grieve and make the necessary arrangements, which will be announced in due course. A full autopsy is being performed on the body of the deceased mayor to determine the cause of his sudden death.

Phooko occupied the position of Council Whip of Moqhaka in 2016, then took over the Executive mayor role of the Free State municipality from the now MEC of Public Works and Human Settlements in the province, Tshidi Koloi, in 2019. During his shortened tenure at the helm, he oversaw the return of the Mayoral Games in 2019, four years after they were phased out.

In his first interview with OFM News during his first 100 days in office, Phooko said the return of the games was aimed at “bringing the community together, also to make sure there are stability and unity”. At the time of his death, the deceased was also the Free State chairperson of the South African National Civic Organisation (Sanco).

The DA in Moqhaka has via Nzunga expressed their sincere condolences to the family and friends of Phooko. Nzunga says he may have disagreed fundamentally with some of the mayor’s views at times, but he acknowledges Phooko’s intentions were always in the right place and he worked well with opposition party members.