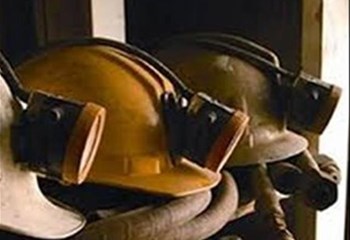 The Health Professions of South Africa (HPSA) in the North West has blasted the mining companies for the impact their mining activities have on Khuma residents in Stilfontein, amongst others.

The organisation's Madikeledi Lilian Msulwa says due to the high level of mining activities in this province, the health of residents has negatively been impacted. She says as a result these mines have neglected their responsibilities of addressing the health hazard.

Msulwa says for a while now they have been trying to get the attention of these mines in the area but their efforts have failed thus far. She and others are on Friday in Khuma to plant trees to highlight health hazards allegedly caused by these mining activities around the area, ahead of the World Environmental Health Day.

She says residents of Khuma are suffering from the ripple effects of the mining activities. She adds these trees are being planted to try and scale down its impact. The Khuma and Kanana locations in Matlosana, which include Klerksdorp, are just a few mining towns where world-known mining companies are mining gold, platinum, and uranium. They are also amongst mining towns considered to be in the poorest areas with some of the highest rates of unemployment in the province, which has seen an increase of 2,1% in the last quarter of January to March 2020.

According to a report by the Statistician-General, Risenga Maluleke, the province at that time had an unemployment rate of 33.4%.

Meanwhile, a health official who does not want to be named, tells OFM News that common diseases that have been picked up in these mining areas, include cancer, heart disease, asthma, and other respiratory diseases such as TB.

In 2018, former Health MEC Magome Masike once announced that a total of 5 181 cases were recorded in the Bojanala District of which 2 414 cases were in the mining town of Rustenburg. As a result, a Programme Strategic Plan (2017-2021), which was aimed at reducing the TB mortality and incidence by 43% and 26% respectively, were developed.

Third JB Marks suspect to hand himself over