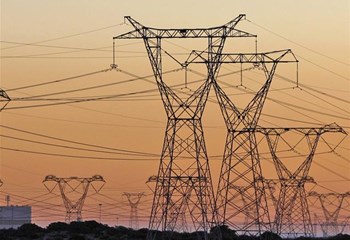 Eskom warns against electricity theft in the Free State.

The power utility says it has been auditing customer meters in the towns of Bohlokong and Thabong in the province where they have found electricity theft to be rife.

The power supplier’s spokesperson in the province, Stefanie Jansen van Rensburg, says there is a strong indication of the illegal buying and selling of prepaid electricity vouchers in Bohlokong, near Bethlehem. She says these vouchers are illegal as the money paid goes to the syndicates and not to Eskom who needs the revenue to maintain electricity networks. Jansen van Rensburg says in Thabong near Welkom, Eskom has found a large number of households that have bought zero units of electricity over the past months.

Jansen van Rensburg, in a statement, further explains previous audits indicated that some of these homes have not bought any electricity over the past three months, but are still consuming power.

She says electricity theft in these two areas not only overloading their networks but also endangers the lives of adults and children in these communities.

Maintenance and Operations Senior Manager for Eskom in the Free State, Lucas Mazibuko, appeals to communities in these areas to refrain from electricity theft stating that “in Bohlokong, there is one transformer close to exploding due to overloading, and in Thabong, there are two transformers being overloaded. Replacing a transformer costs on average R80 000, which takes away funding from other critical maintenance on the networks.”

OFM News has previously reported that the power utility has called on municipalities to pay for its services, stating that the R31,5 billion owed to it as at the end of August, continues to severely affect its operation.