NC mourns death of one of its heritage heroes 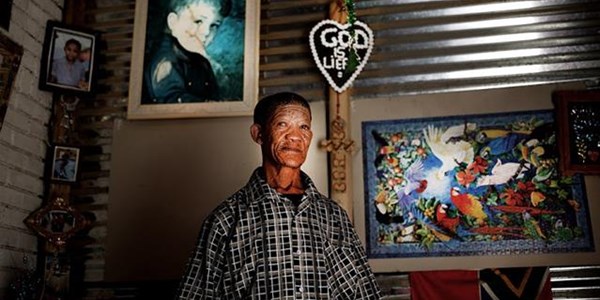 The Northern Cape Department of Sports, Arts, and Culture has sent its condolences to the family of Simon Sauls following his death.

The deceased was only one of two people who could speak the N!UU language.

According to the MEC of Sports, Arts and Culture, Desery Finies, the death of Sauls is seen as a setback for the preservation and promotion of the N!UU language because it comes just after the collaboration of the Northern Cape Provincial Administration with Puku books and Ouma Katerina Esau who launched the first children’s book to be published in the N!UU language in 24 May 2021.

In the media statement released by Northern Cape Department of Sports, Arts and Culture, the deceased was Ouma Katerina Essau’s younger brother and the two last fluent speakers of the language. Finies said that the deceased was familiar with animals and insect names in the N!UU language and the province has lost valuable knowledge from him.

She further added that Sauls was very instrumental in fighting for the recognition, preservation, survival, and promotion of the N!UU language. It was through his efforts that they realised that they have an African heritage that they can be proud of, which is not reflected by foreigners.