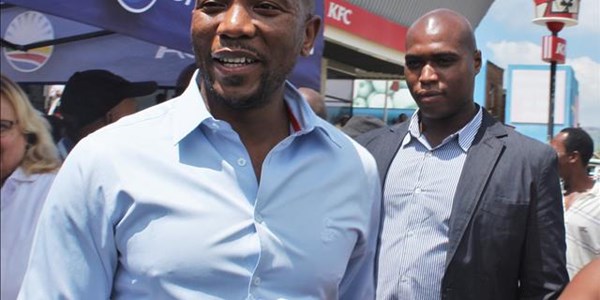 Thaba Nchu - The pace of title deeds delivery to South Africans who are entitled to owning their own land needs to be accelerated.

This is what Democratic Alliance (DA) leader, Mmusi Maimane, said at the party’s by-election rally in Thaba Nchu in the Free State on Monday. Maimane addressed a crowd of approximately 160 community members as well as DA members.

He said owning land should be a priority because that land could bring more to its occupants.

“When somebody owns the land that they are on, they’re able to use that land for further development.

"Also on that land, even though the structure is not permanent, you can then deliver services like water, electricity, and sanitation. You can then further ensure that you deliver basic services around there,” he said.