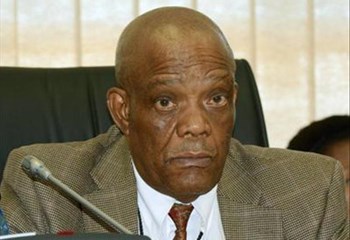 A number of activities have been lined up throughout the North West province to celebrate the Nelson Mandela centenary on Wednesday.

Premier  Job Mokgoro would lead the provincial government leadership and officials in performing community work and rendering government services to the community of Kagisano-Molopo Local Municipality in Ganyesa, as part of celebrating Nelson Mandela centenary and embracing the call to make every day a Mandela Day.

He would join Ganyesa District Hospital staff in rendering health care services to the community and hand over learning equipment to the local Early Learning Centre.

Mokgoro would start the day by paying a courtesy visit to the Ba-Ga Letlhogile Traditional Council in Ganyesa, before proceeding to the Borra Letlhogile Cemetery where 25 wreaths would be laid.

The North West Provincial Legislature would lead members of the provincial legislature to commemorate the Nelson Mandela Day by donating food parcels, toiletries; clothing; educational material, and refurbishing and cleaning various care centres in all four districts of the province.

The Democratic Alliance in North West would also engage in various projects to honour the legacy of Madiba to celebrate his 100th birthday.

"We will have various events, which include the painting of a community centre, the cleaning of a school and a soup kitchen for the elderly, to mark 67 minutes for Mandela Day initiative," said provincial spokesperson Nicolize van der Walt.

The activities include the painting of the Reatile Community Centre in Oukasie near Brits, a visit to Bagodi Gorogang Old Age and Day Centre in Geelhoutpark near Rustenburg amongst others.

Nelson Mandela International Day or Mandela Day is an annual international day in honour of Nelson Mandela, celebrated each year on 18 July, on his birthday. It is a global call to action that celebrates the idea that each individual has the power to transform the world, the ability to make an impact.

The day was officially declared by the United Nations in November 2009, with the first UN Mandela Day held on 18 July 2010.

Mandela was a South African anti-apartheid fighter, he served 27 years in prison. He was the first democratic elected President of South Africa elected in 1994 and served until 1999.

Nelson Rolihlahla Mandela was born on July 18, 1918, in Mvezo in the Eastern Cape and died on December 5, 2013, in Houghton Estate, Johannesburg.