Discovery of dinosaur 'bone bed' in PE 'a miracle of nature' 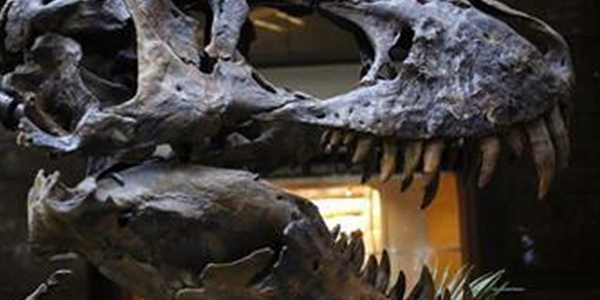 Geologists and Palaeontologists from Witwatersrand, Birmingham and Oxford universities have confirmed a massive discovery of different species of dinosaur fossils in Qhemerha village outside the small town of Sterkspruit, in the Eastern Cape.

This has attracted international scholars and researchers who want to experience what they termed the dinosaur bone bed. A team of experts has spent more than a week tracing dinosaur fossils.

Many villagers and academics believe this discovery will put the Eastern Cape and South Africa on the world map.

Oxford University Professor, Roger Benson, detailing the discovery of extinct dinosaurs in Qhemerha village in Sterkspruit, says, “200 million years ago when these animals lived, this rock was mud and the animal, lay down in the mud and then it was buried by more mud. But it did not lay out for very long which is why most of the bones are articulated together. And then, later on, more mud would come and the dinosaur was buried deeper in the ground, and that is when the bones and the mud started to turn into rock and the result of that… we have a fossil dinosaur skeleton and it turned into hard rock.”

Meanwhile, Jonah Choiniere, a palaeontologist from Wits University says the discovery of dinosaur fossils in one place is the first of its kind in the world.

“In a bone bed, we essentially mean a dinosaur graveyard – a place where lots of animals died together and were preserved and this is very uncommon in South Africa. So, that is what I will call a dinosaur graveyard, and I think as years go by, we will find more in South Africa, as a hub of Perinatology, a place where people know there is great dinosaur discovery. There is great extinct forms of life that have been discovered. So, it’s something we need to be proud of as South Africans.”

Palaeontology Master’s student from Wits University, Cebisa Mdekeza says the discovery of dinosaur fossils in this part of the world is interesting for scholars and geologists.

“This discovery means a lot to anyone who is interested in dinosaurs because it is very rare. In fact, for most of us, it’s our first time to find a specimen this articulated. So, usually, you will find one piece of leg, a bone or a hand bone but here, you have most of the skeleton. So, it is very important.”

Emma Dunne, a PhD student from the University of Birmingham in England, has described the discovery of the dinosaur bone bed as a miracle of nature.

“It was our first great experience. It’s an amazing site. You do not get it anywhere like this all over the world. So, this is a wonderful place to be for me, personally, but also to get to work with such an amazing team – the Jonas team is wonderful; it’s international. We get such a great experience from them.”

Wits University postgraduate Doctor in Evolutionary studies, Pia Viglietti, believes this will produce quality research on the extinction of dinosaurs.

Siginyane Rhalane, a villager that who been leading the geologists and scientists around the stretch of dinosaur bone bed in the area, believes that the South African government and UNESCO should consider declaring the Dino Fossil bed a heritage site.

“Our intention is to ask UNESCO to declare this place a heritage site where we have a park, and we also have a miniature dinosaur museum so that it can attract school children around here, perhaps nationally. Like here now, we have got two universities, from London Birmingham and Oxford, that shows people from abroad are interested in this like tourists are interested in coming here.”

Themba Jikajika from Qhemerha village says this is confirmation that Africa formed part of the world. Before there was a continental drift.

“As one of the pieces of evidence on continental drifts, the fossils that are found on the western coast of Africa are almost similar to those fossils that are found in the eastern coast of South America. So, that shows that these animals, during that period, were roaming all over the Pangea. They could be in Australia; they could be in South America or in Africa, even the vegetation is almost similar.”

The discovery has attracted both international and national media as they believe this is the most historic Dinosaur Fossils discovery ever seen in the world.