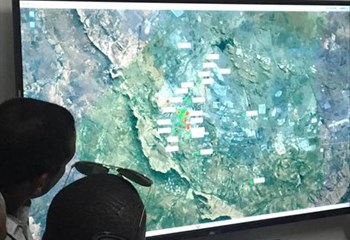 "We are pleased that we are launching the first such facility in the North West - a fleet management centre run by a municipality," he said.

The R29 million fleet management centre consists of a fuel depot for municipal vehicles to refuel, a car wash and a tyre fitment centre. There is also a control room to monitor the movement of the vehicles where they will be able to locate a vehicle and also show the speed the vehicle is travelling at.

"We are making a very profound statement about our commitment to accelerating service delivery in Rustenburg, we have the first phase of handing over of vehicles a few months ago, which has been used by the water and sanitation unit."

Khunou, accompanied by municipal manager Nqobile Sithole, also unveiled a fleet of 132 new vehicles. Another 150 were expected in November. The municipality would also buy 15 TLB (digger) and tractors.

"The fuel depot is ready. The fuel depot  will be operational for 24 hours, all municipal vehicles will come and refuel here so that we have a lot more control to deal with some of challenges about the abuse of fuel usage.

"We have gone pass a period of leasing vehicles, it created a lot of unhappiness not just among our own employees but residents. That matter was not cost effective so we have phased it out. As part of this exercise, we are going to auction off eight vehicles. We have been spending a lot of money fixing vehicles - some of which are five, six or even ten years old."

The municipality spent R51 million to procure the new vehicles and R29 million for the fleet management centre. The municipality used its revenue to finance the project.

The centre employed 50 people on a full-time basis.

She said the municipality expects that service delivery issues such as water should be achieved within 24 hours.

Pair to appear in court for unlicensed firearm

NW Scopa to approach police over irregular spending in Rustenburg