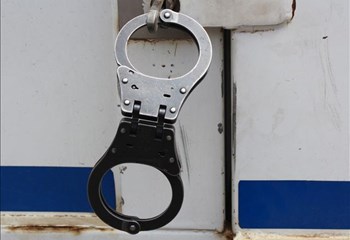 Northern Cape police have apprehended three people in Mothibistad after they were found in possession of elephant tusks, precious metal and the remains of the endangered pangolin animal.

Police spokesperson, Dimakatso Mooi says local authorities – made up of different units - followed up on information which led them to a house in Magojaneng village which is outside Kuruman on Tuesday, December 11. Mooi says it is here that they discovered three people between the ages of 32 and 34 who were allegedly in possession of elephant tusks valued at R 650 000, Platinum worth R 290 000 and the remains of 1 pangolin worth R 55 000. The latter, is an endangered mammal covered with scales for which they are poached. It has been reported that all eight pangolins species found in Tropical Asia and Sub-Saharan Africa are in danger of extinction as a result of poaching. Mooi says the three suspects are expected to appear in the Mothibistad Magistrate’s Court soon. She says it is unknown if they will make their first appearance tomorrow. The investigation into the matter is still ongoing.

This comes as nine people in the North West are in police custody after they were found in possession of lion and tiger remains in late November. OFM News reported previously that eight of the suspects were apprehended on Sunday, November 25. They were joined in the dock by the ninth suspect, 42-year old Friederich Fourie on Tuesday, November 27, who is believed to be an important figure in the syndicate. According to Hawks spokesperson in the province, Tlangelani Rikhotso, the 42-year old man handed himself over to authorities on Tuesday morning. He was, thereafter, taken to the court to join his co-accused before the Magistrate.

Six of the suspects in this case are from Vietnam, Nguyen Huu Son, Nguyen Van Tuan, Dao The Thanh, Pham Van Khue, Chanh and Cu Quoc Thang. While the three others are South African, Louis Fouche, Lourens Pretorious and aforementioned Freiderich Fourie. They are being charged for the illegal possession of game products and carrying out restricted activities involving specimens of a listed, threatened or protected species.

NC duo to appear in court for drugs